by Patrick J. Kiger
Prev NEXT
2 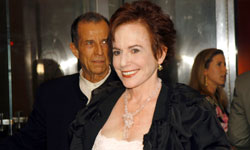 Over the past several decades, native New Yorker Faith Popcorn, whom Fortune magazine once dubbed the "Nostradamus of marketing," and her firm BrainReserve have carved out a lucrative franchise, providing advice to companies ranging from Johnson & Johnson and IBM to Dunkin' Donuts on how to spot emerging trends and changes in how people live, work and shop. Popcorn's forecasting method, described in a 1998 Los Angeles Times article, involves systematically scanning hundreds of magazines, newspapers and other publications, and consulting a database of thousands of experts in a wide range of occupations [source: Koenenn].

Popcorn gained fame for spotting the emerging trend of "cocooning," in which people overloaded with stimulation tend to stay at home and watch videos instead of going to movie theaters, and have take-out food from restaurants delivered to their addresses. She also accurately predicted that many women who had gained professional opportunities eventually would become disillusioned with the corporate "rat race" and quit in search of healthier, simpler lives [source: Kucherawy]. Since then, Popcorn has predicted a variety of other future consumer trends. Some, such as rising demand for cosmetic surgery, tattooing and other forms of body modification, already have come to pass. But others -- such as Popcorn's prediction that young consumers would begin rejecting name brands and altering designer clothes and logos to express their individuality -- have yet to take hold [source: Day]. (Incidentally, those same predictions emerged in a William Gibson novel.)