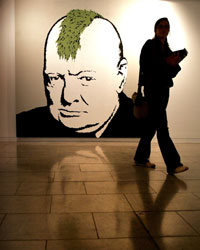 A woman walks past a picture of Winston Churchill by artist Banksy.
Chris Jackson/Getty Images

If there's one thing we can predict about the future, it's that at least some of the amazing scientific and technological advances envisioned by today's futurists won't actually become a reality, at least not in the expected time frame. After all, in 1932, renowned 20th century British political leader Winston Churchill, who had access to his country's top researchers, predicted that within 50 years, an engine would generate 600 horsepower for hours from a fuel tank the size of a fountain pen, Iceland would be relocated to the tropics, robots would have human-like consciousness, and people would feast on synthetic chicken flesh grown in laboratories. In fairness, Churchill did get a few things right; he predicted both cellphones and technology the equivalent of Skype through which anyone could "connect up to any room similarly equipped and hear and take part in the conversation as well as if he put his head in through the window" [source: Churchill].

Today's seers may have learned something from Churchill's folly, because they're a bit more careful in substantiating and qualifying their predictions of future wonders. For example, theoretical physicist Michio Kaku, author of the 2011 book "Physics of the Future: How Science Will Shape Human Destiny and Our Daily Lives by the Year 2100," bases his forecast on scientific discoveries -- such as quantum physics and the nature of DNA -- that already have been made, and on prototypes of inventions that already exist in laboratories [source: Kaku]. And when the World Future Society, a group of scientific and economic forecasters from 80 countries, compiled a recent report envisioning life in 2100, it was careful to characterize its work as a "first light" view of the horizon that might play out very differently, depending upon a host of variables -- including whether humans make wise use of technological advances or foolishly use them in ways that are destructive [source: The Futurist].

Even so, futurists still manage to conjure up visions of mind-boggling scientific and technological advances down the road -- ranging from computers that eclipse human intelligence to factories that use molecular-level assembly to duplicate or create outright any sort of object you might want. Here are five such visions to contemplate.

5: Computers Will be Smarter Than Us and Part of Us

Inventor Ray Kurzweil already has changed our world by figuring out how to enable computers to read printed words, recognize human speech and synthesize music that's indistinguishable from that created by musicians playing real violins and cellos. But that's nothing compared to the future he envisions, in which machines will be able to think and feel as humans do ... except better.

In a 2005 essay, "The Singularity is Near," Kurzweil predicted that by 2045, "non-biological intelligence will match the range and subtlety of human intelligence." From that point on, which futurists call "The Singularity," machines will eclipse the human brain. Not only will machines' escalating computational power and speed eventually enable them to handle information with an ease that humans can only dream of, but scientific advances in understanding how the human brain functions will also enable us to create mathematical models that can simulate human consciousness.

But don't worry about intelligent computers plotting to murder us puny humans, the way cyber-villains HAL 9000 and Skynet did in science fiction movies. A more likely scenario, Kurzweil predicts, is that tiny intelligent "nanobots" will be subtly be integrated into our bodies, enhancing our own abilities. Thus, the human of the future will no longer have to depend solely upon a hunk of wrinkly meat inside his or her skull. Instead, we'll all be part biological creature and part machine [source: Kurzweil].

4: We'll Be Able to Print Transplantable Copies of Human Organs 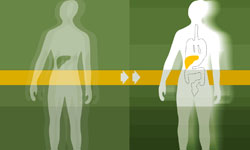 3: Products Will be Put Together, Molecule By Molecule 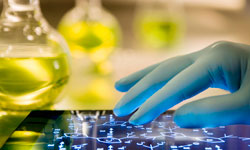 2: We'll Ride an Elevator into Space

We've grown accustomed to thinking of space travel as something that requires big, powerful rockets and complex spacecraft capable of re-entry and landing, an approach that costs an awful lot of money for each launch and requires a daunting amount of technical precision to pull off. Wouldn't it be easier if we could just get on an elevator and ride it slowly but steadily into orbital space, as if we're going for lunch to some restaurant on the top floor of a skyscraper?

Such a magical apparatus also would enable us to return to Earth just as easily, without having to experience the rigors and risks of rapid reentry through the Earth's atmosphere. Sounds a bit kooky, doesn't it? In fact, however, scientists have been envisioning a space elevator since Russian physicist Konstantin Tsiolkovsky, who was inspired by the Eiffel Tower, first proposed it back in 1895. Over the decades, a number of visionaries -- from the Russian astronaut Yuri Artsutanov to science fiction author Arthur C. Clarke -- have seconded the notion.

For a long time, the concept seemed hopelessly impractical because, according to Newtonian laws of motion, the tension on such a lengthy cable would be greater than the tensile strength of steel, causing it to snap. But with the advent of super-strong carbon nanotubes, 180 times tougher than steel, visionaries again are talking about the idea of building such an elevator, for which a cable would be threaded though the core of a geosynchronous satellite and attached to a counterweight approximately 62,000 miles above the Earth. One limitation, at least at this point, is that scientists have only been able to create a few centimeters of pure carbon nanotube, and they probably would need a vastly longer strand to make the elevator work. Even so, futurist Michio Kaku envisions that such an elevator might be built between 2070 and 2100 [source: Kaku]. 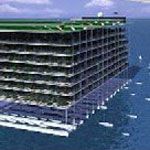