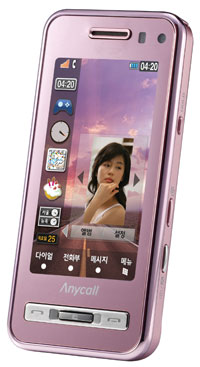 If you thought the Apple iPhone was amazing, then feast your eyes -- and fingers -- on this phone from Samsung. Dubbed the Anycall Haptic, the phone features a large touch-screen display just like the iPhone. But it does Apple's revolutionary gadget one better, at least for now: It enables users to feel clicks, vibrations and other tactile input. In all, it provides the user with 22 kinds of touch sensations.

Those sensations explain the use of the term haptic in the name. Haptic is from the Greek "haptesthai," meaning to touch. As an adjective, it means relating to or based on the sense of touch. As a noun, usually used in a plural form (haptics), it means the science and physiology of the sense of touch. Scientists have studied haptics for decades, and they know quite a bit about the biology of touch. They know, for example, what kind of receptors are in the skin and how nerves shuttle information back and forth between the central nervous system and the point of contact.

­Unfortunately, computer scientists have had great difficulty transferring this basic understanding of touch into their virtual reality systems. Visual and auditory cues are easy to replicate in computer-generated models, but tactile cues are more prob­lematic. It is almost impossible to enable a user to feel something happening in the computer's mind thro­ugh a typical interface. Sure, keyboards allow users to type in words, and joysticks and steering wheels can vibrate. But how can a user touch what's inside the virtual world? How, for example, can a video game player feel the hard, cold steel of his or her character's weapon? How can an astronaut, training in a computer simulator, feel the weight and rough texture of a virtual moon rock?

­Since the 1980s, computer scientists have been trying to answer these questions. Their field is a specialized subset of haptics known as computer haptics. Over the next few pages, we'll cover how haptic technology works by:

Of course, the prom­ising future of haptics owes much to its history. In the next section, we'll examine this history to understand that computer haptics falls on a continuum of haptics research. 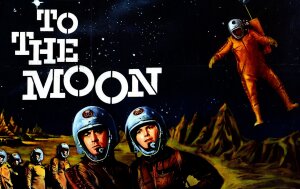