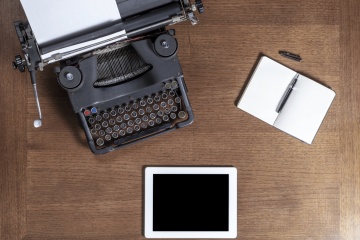 Advances in technology are important (and inevitable), but they leave outdated equipment in their wake.
lorenzoantonucci/iStock/Thinkstock

A disruptive technology is an innovation that uproots an established technology, or a revolutionary product or service that spawns a new industry [source: WhatIs.com].

Imagine this: You're in your driverless car, on the way to a conference. Giving voice commands over the Bluetooth connection in your vehicle, you direct your smartphone to initiate a video call with a colleague. You remind her to bring the medical device prototype that you manufactured using a 3-D printer. You end the call and take out your tablet to review your presentation, which you've created and stored on the cloud. As you look through the slides, you use an app on your phone to set the DVR at home to record your favorite show.

As recently as 10 years ago, that scenario may have sounded like something from an Epcot Center "World of the Future" exhibit. But today, every one of these technologies either exists or is very close to becoming a reality, with new companies and industries springing up around them.

The term disruptive technology is probably most frequently used to describe gadgets and electronics, but it can also apply to concepts and services. Twenty years ago, the world had never heard of online shopping, microlending, subscription video services (first for DVDs and then streaming video), or crowdfunding like the kind facilitated through sites such as Kickstarter, GoFundMe or IndieGoGo. Of course, most people weren't yet familiar with the Internet, either.