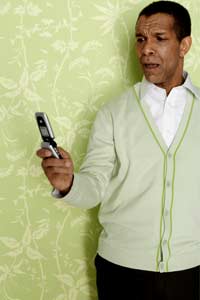 Ashok Agarwal, Director of the Center for Reproductive Medicine at the Cleveland Clinic, uncovered a potentially unhealthy relationship between men and their cell phones in 2008. Agarwal and his colleagues recruited 361 men and compared the health of their sperm with their cell phone activity. Dividing participants into groups based on self-reported cell phone use, researchers found a positive correlation between lackluster sperm and greater talk time. Not only were men in the high-use group spending more than four hours per day on their cell phones, they all had lower sperm counts relative to the other three groups [source: Agarwal et al].

Given the correlation between cell phones and diminished male fertility, why aren't we hearing about the resurgence of the rotary? While Agarwal's results were compelling, too many controls were unaccounted for, such as inaccuracy of self-reporting and lifestyle factors that could also contribute to low sperm count. But Agarwal isn't the first medical researcher to question the health effects of frequent cell phone use. Some think the electromagnetic radiation the phones emit warrants closer scrutiny.

Whenever we talk into a cell phone, an internal transmitter converts our voices into continuous sine curve waves that the antenna then dispatches in the form of radio frequency energy. This form of traveling energy, called radiation, is the same stuff that enables other telecommunications devices, including televisions, radios and cordless phones [source: Federal Communications Commission]. And since cell phone radiation is classified as non-ionizing, meaning that it isn't powerful enough to destroy atoms and molecules by stealing electrons, it isn't considered acutely harmful to humans.

Although non-ionizing radiation doesn't pose an immediate danger (unlike that of gamma rays and X-rays), our bodies still absorb some of it whenever we chat on our cell phones. The Federal Communications Commission (FCC) established the Specific Absorption Rate (SAR) as the legal amount of electromagnetic radiation that cell phones can release without posing a health threat to humans. The SAR in the United States is 1.6 watts per kilogram, and it's 2 watts per kilogram in Europe. Though federal regulators intend SAR as a safety precaution, the ubiquity of cell phones and their constant proximity to the body have raised red flags about whether those radiofrequency waves are truly benign -- or whether they can harm sperm after all. 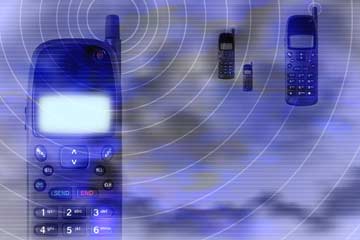 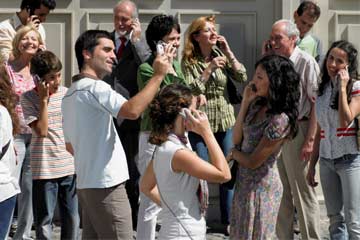