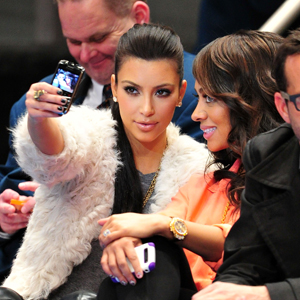 Queen of the selfie, Kim Kardashian, takes a picture with her smartphone of herself and friend La La Anthony at a New York Knicks game.
Digital Vision/Thinkstock

3G networks have potential transfer speeds of up to 3 Mbps (about 15 seconds to download a 3-minute MP3 song). For comparison, the fastest 2G phones can achieve up to 144Kbps (about 8 minutes to download a 3-minute song). 3G's high data rates are ideal for downloading information from the Internet and sending and receiving large, multimedia files. 3G phones are like mini-laptops and can accommodate broadband applications like video conferencing, receiving streaming video from the Web, sending and receiving faxes and instantly downloading e-mail messages with attachments.

Next we look at the latest network technology: 4G.