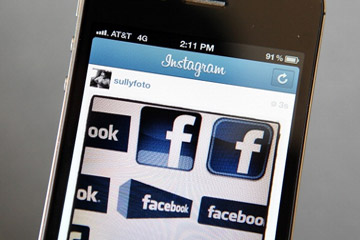 Now, you can use your smartphone to send postcards to the people you love.
Justin Sullivan/Getty Images

Remember when an essential part of traveling was sending snail-mail postcards to family and friends? Over time, it became easier and easier to snap pictures with your cell phone, send them by text message and post them on Facebook. The next thing you know, people just weren't sending many postcards anymore.

But a funny thing has been happening in the last couple of years. Maybe the novelty of sending snapshots by cell phone has worn off, but now there are a number of apps that allow iPhone users to edit, enhance and filter the photos you take with your phone. And just as those apps have grown in popularity, so have apps that allow you to do more than show off an impressive photo on your social networks. These apps enable you to incorporate your photos into postcards with personal messages -- virtual or physical -- to send to those you love.

Increasingly, people are choosing to go a little retro, something more like those old-school postcards that you once used to share your travels with the folks back home. And since you can use your own photos, you're not limited to sending pictures of subjects that someone else deemed worthy of a postcard. The best part? You don't even have to leave home to send one!

How popular are these apps? Photogram, one of the first, reached 100,000 iPhone downloads in the first week after its June 2011 release [source: Van Grove]. Keep reading to learn about the two main types of postcard apps available for the iPhone.

Send Postcards from Your iPhone

Photogram allows you to choose photos from your phone, then crop and zoom to get just what you want -- all from a single screen. You can use as many as four photos to make your postcard. You can select backgrounds and themes that come free with the app or buy others from the app's theme store for 99 cents -- or less per theme if you buy a "bundle." (Independent artists partnering with Photogram design the themes.) Just add a personal message, then send your postcard by e-mail -- and, if you want, post them to Facebook and Twitter.

Like Photogram, Postagram combines your photo with a personal message. The main difference between the two apps is that Postagram sends a real postcard, delivered by the U.S. Postal Service. This feature can be great for communicating with those who don't spend much time online. And even those who use texts, e-mails and social networking sites like real cards that they can display on the refrigerator or bulletin board. Recipients also can pop the die-cut photo out of the postcard for display in a frame.

Postagram is free, but you do have to pay to send your postcards through the mail. (There's no need to print -- all you need is your contact's snail-mail address.) The cost for delivery within the U.S. is 99 cents, payable by credit card. The card should arrive within about five days. Delivery outside the U.S. costs a bit more and takes longer.

Several similar iPhone apps allow you to send postcards quickly and easily. HazelMail, for example, is a free app for that lets you send real, personalized postcards to family and friends. To cover postage, you must go online to put "HazelBucks" into your "PiggyBank" account [source: HazelMail]. Postcard on the Run has extra features -- including a GPS locator -- that enable you to include a small map in the card's design that shows where you are when you take your photo. It also gives you the option of signing your card or drawing a picture with your finger – talk about personal touches! You can even add "Smell Mail" to make your postcard scratch-and-sniff. Payment is by major credit card, and you can set up an account so you don't have to enter the information over and over.

But wait! What if you've forgotten your friends' snail-mail addresses? Some apps can help with that. Keep reading to learn how. 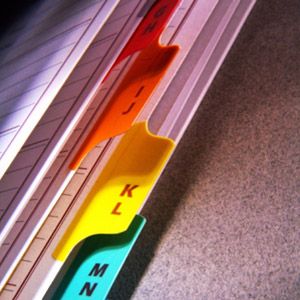 If you've forgotten the addresses of your nearest and dearest, you can use some postcard apps on your phone to help track them down.
Don Carstens/Getty Images

Don't know a friend's snail-mail address? Luckily for you and your poor planning skills, the apps that send physical postcards are figuring out ways to help with that problem.

Postcard on the Run offers more than locator maps and scratch-and-sniff postcards. It will track down those snail-mail addresses that you never bothered to get from your friends. When you're ready to send your postcard, the app asks you to choose the people in your phone's address book who should get one. If their postal address isn't in the book, you can ask the app's "Postal Gopher" to send them a text or e-mail asking for their mailing address.

Postagram, run by app company Sincerely, introduced some new features in April 2012, including help with mailing addresses. "Sincerely Magic" helps you send a physical postcard to anyone who uses Postagram or any of Sincerely's other apps (such as PopBooth and Sincerely Ink). With your permission, the app searches your phone's address book and loads Postagram with addresses for everybody who's a Sincerely user. Sincerely will search e-mail addresses to see if the user already has a physical address on file. Eventually, the company hopes, most people will become Sincerely users, so all you'd need to send something through the U.S. mail is your friend's e-mail address. [source: Perez]

Postagram also has added a QR (Quick Response) Code to its postcards. Recipients are urged to scan the "stamp" when they receive a postcard. Scanning does several things: It downloads a digital copy of their real postcard so recipients can also show it off on Facebook, Twitter or wherever they want. In other words, they get a virtual postcard as well as a physical one. Also, when the QR code is scanned, Postagram lets the sender know the postcard reached its destination. And it adds the sender's snail-mail address to the recipient's address book, making it easy for that person to send a postcard in return -- and building that address network.

Now it's easier than ever to tell somebody "Wish You Were Here" and share your experiences. Skip the souvenir shop and the post office. All you need is a few clicks on your iPhone.

I don't have an iPhone, so, in addition to my research, I enlisted the aid of someone who does. He downloaded Photogram and Postagram and sent me postcards from Memorial Day weekend at Lake Havasu, AZ. Very interesting! As I worked on this article, I was interested in how new technologies allow us to return to older practices. Yes, people enjoy snapping pictures with their phones and instantly texting them or uploading them to social media. But they also enjoy sending and receiving real postcards. And today's postcards are so cool, with personalized pictures and messages. It was interesting, too, that some of the apps that generate physical postcards also include ways to get a digital copy that can be posted online. So we've come full circle, with old and new ways of communicating. That made me wonder if predictions that the printed word is becoming obsolete are premature.