by Kristen Hall-Geisler
NEXT PAGE 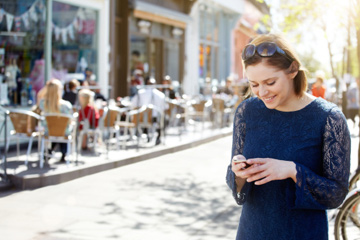 Facebook has millions of users around the world -- and more than 250 million of them log in using mobile devices each month.
Tim Robberts/The Image Bank/Getty Images

What started as a way for college students to keep tabs on each other has blossomed into a cultural force. Facebook has millions of users around the world -- and more than 250 million of them log in using mobile devices each month.

The first mobile Facebook users were only able to update their status using text messages. As smart phones got smarter, they were able to access Facebook's mobile site, m.facebook.com, in their browsers. Then came the iPhone, the Android, and other advanced phone operating systems, which had app markets where users could download small programs made just for these phones.

Facebook of course jumped on that massive bandwagon, creating an app that has evolved to be nearly as fully featured as the web-based version of its site. And Facebook continues to offer more apps and features, such as the chat app that was made available in August 2011. It's even gone a bit retro by offering a Facebook app for "dumb phones," also called "feature phones," that don't have all the bells and whistles of an iPhone or Android device.

No matter which device you have, Facebook's likely got you covered. Let's take a look at how to get the Facebook app.