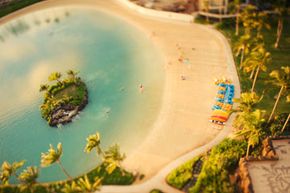 The use of a tilt-shift lens makes this Hawaiian lagoon like a diorama.
©iStockphoto/Thinkstock

Photography's all about the angles. The angle of a photograph literally changes how we perceive the subject. A low shot can turn a movie hero into a towering, imposing pillar of strength. The rule of thirds is pleasing to the eye. Angled shots can imply movement and action.

The interesting thing about tilt-shift is that it's not just a simple way of framing a shot with a camera like the rule of thirds. The effect can be applied digitally, but true tilt-shift photography requires a tilt-shift lens. As the name implies, a tilt-shift lens can tilt the lens at an angle while a shift lens actually moves the position of the lens element to create this unique photographic effect. It's an unusual feature, and it doesn't come cheap.

Let's take a look at the physical movement behind the tilt-shift effect and how you can buy (or make) a lens of your own. 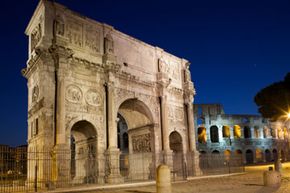 Shifting alters the relationship between a camera's image sensor and the lens's imaging circle. Light travels down the circular lens and is then captured and cropped by the rectangular image sensor, which is why our photographs are normally rectangular instead or round. When you're taking a tilt-shift photo, you're really playing with perspective. When the lens shifts, it separates the lens's center of perspective from the sensor's. By changing the part of the lens circle the imaging sensor captures, photographers can capture more of an image above or below the normal horizon of a photograph. That's why shift lenses are popular in architecture photography: They can change perspectives to capture tall buildings without leaning the camera back and creating unnatural perspective.

Making or Buying a Tilt-shift Lens

Here's the bad news about tilt-shift lenses: They cost upwards of $1,000. Tilt-shift lenses have larger imaging circles than normal lenses (necessary for shifting the center of perspective) and are built to move horizontally and vertically, which is something no normal lens can do. That's why the cost is so high. But there are some alternatives out there. For a little taste of tilt-shift, there's Photojojo'sTilt-shiftcamera. The lens is angled already and isn't adjustable, so you can create the miniaturized look tilt-shift photos with a $150 camera. It's great for a gimmick camera, but real tilt-shift photography is typically used in architecture and landscape work to control perspective or capture wide panoramas. Photojojo's camera is no good for that.

Want something more powerful that doesn't cost $2,000? Check out photographer Bhautik Joshi's guide to building a DIY tilt-shift lens. The walkthrough details how to convert an existing lens into a tilt-shift lens for less than $50.

Tilt-shift photography is such a cool effect. It's not something you can mimic with weird framing: It's born from a real, physical movement of camera elements, and the way the lens and the image sensor interact lets photographers pull off some pretty amazing tricks. I was really happy to find a cheap tilt-shift do-it-yourself solution while writing this. Something so cool shouldn't have to cost two grand. 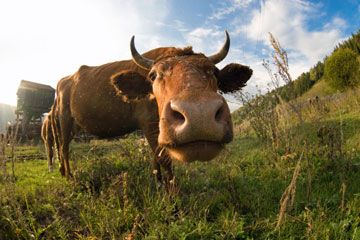 Up Next
What is fisheye lens photography?
Explore More 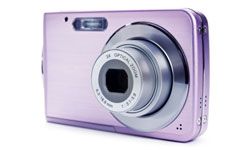 You May Like
5 Photography Techniques Everyone Should Know
Explore More