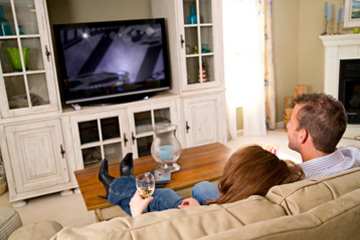 Before you calibrate your HDTV, you need to think about the lighting in your room and how far you sit from the set.  See more HDTV pictures.
© iStockphoto.com/sjlocke

Do you remember when you could buy an electronic product, bring it home, take it out of the box, plug it in and have it work just the way you wanted it to? It's getting harder to bring those days to mind as electronics become more sophisticated. That's because many electronic products have highly customizable features -- including HDTVs.

When you see an HDTV at a store, you have to keep in mind that what looks good under the store's powerful fluorescent lights may not look quite the same in your home. In order to show off the picture on an HDTV, most stores tweak the settings so that the set is brighter with more intense colors than you'd want when you turn it on once you set it up yourself. Luckily, there's a solution to this problem: calibration.

To calibrate an HDTV is to tweak the settings so that you get the best picture possible. After investing several hundred dollars in a new television set, it makes sense to take a little extra time to insure you have the best viewing experience possible. What's interesting about this is that it depends as much upon the place where you watch television as it does the TV itself.

You don't have to calibrate a television on your own. Many stores offer installation services that include HDTV calibration. But these services cost money -- sometimes amounting to a few hundred dollars. But does it make sense to pay someone to fiddle with your television's brightness, contrast and color settings?