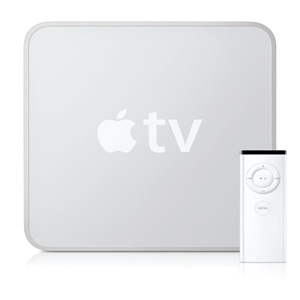 It's only about 8 inches (20 centimeters) square, but Apple TV packs as much power as some computers. See more TV evolution pictures.
Courtesy of Apple

With its many incarnations of the iPod and other audio-related equipment, it may seem as though Apple has neglected the ubiquitous television in favor of entertainment products targeting music lovers. For an array of reasons, after its 2006 introduction, Apple TV fell off the radar of many casual digital video aficionados. Now, though, more and more people are buying Apple TVs as they discover the myriad ways they augment their HDTV experiences.

Apple began shipping the Apple TV in spring 2007, billing the product as a way to tie the power of your computer and high-speed Internet connection to the gorgeous display of an HDTV. More specifically, you need a TV with widescreen (16:9) enhanced-definition or high-definition capability and a High-Definition Multimedia Interface (HDMI), Digital Visual Interface (DVI) or component video input port.

Add an Ethernet network and iTunes store account to the mix, and you have everything you need to control and display photos, and play music and videos on your TV. You don't need a Mac-centric computer to make it work because Apple TV is compatible with PCs and Macs alike, and the media you use through the Apple TV isn't limited to the personal collection you're currently storing in your iTunes library. Apple TV also lets you leverage specific Internet tools to access a range of audio and video -- most notably HD-quality movies from major studios.

On the next few pages, you'll see how Apple TV works with your entertainment system and examine how a few software updates from Apple (as well as some inventive user modifications) contribute to Apple TV's newfound popularity. 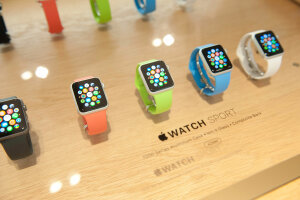