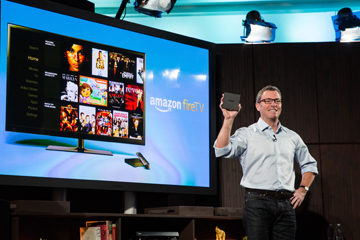 Now, when American families hit the couch at 8 p.m., the TV is no longer king. Dad might be watching the big game live on ESPN, but little Becky and Billy are huddled around the iPad, streaming the latest Pixar movie from Netflix. Meanwhile, mom is on her laptop binge-viewing the entire season of her favorite reality show.

According to a 2013 survey, 51 percent of Americans between the ages of 13 and 54 watch a streaming TV show or movie every week [source: GFK]. While some are happy to watch them on laptops, tablets or smartphones, a growing share wants to watch streaming video on their big-screen TVs.

For years, viewers have been streaming shows from Netflix to their TVs using gaming consoles like the Sony PlayStation and Microsoft Xbox. But more recently, several technology companies have introduced so-called set-top boxes that make it easier to watch hundreds of streaming video channels directly on your TV via your Internet provider.

Apple TV and Roku are the leading set-top boxes, but there's a new player in town that's vying for the increasingly fractured attention of the American TV audience, and its name is Amazon Fire TV. Keep reading to see how Amazon Fire TV works and how it measures up to the competition.