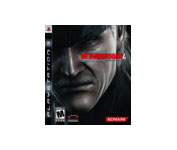 The software used on these dedicated computer systems has evolved amazingly from the simple rectangular blips used in Pong. Games today feature richly textured, full-color graphics, awesome sound and complex interaction between player and system. The increased storage capacity of the cartridges and discs allows game developers to include incredibly detailed graphics and CD-quality soundtracks. Several of the video game systems have built-in special effects that add features like unique lighting or texture mapping in real-time.

There is a huge variety of games available. Here are just a few of the games you can play on the most popular consoles: