So there's this Pokemon Go thing going on where news and comments about the video game appear to have taken over everyone's Facebook, Snapchat and Twitter feeds. Those of us who've tried to stay blissfully unaware of the fad are only giving it more attention by humbly raging about how we don't know what it is. But when an augmented reality game blends the lines between virtual and real, sending players around an actual city with their smartphones, sometimes playtime can bump up against reality in weird ways.

Take, for instance, the example of the criminals who used the game's geolocation feature to lure unwitting players out to dark and desolate areas late at night and rob them of their phones and wallets. That news has sparked interest around the world, both from people who didn't know you could chase animated creatures around town with your smartphone and those who can't believe some folks are dumb enough to do it after dark.

Here are a few more surprises that have spawned from the most popular mobile game in U.S. history:

It's great for Nintendo

If you're spending endless hours chasing fictional characters around town with your phone, you aren't alone. That's great news for Nintendo. The Japanese gaming giant has seen its stock skyrocket in recent days — gaining the company as much as $9 billion in market value — all thanks to the Pokemon Go craze.

It's resulted in the discovery of at least one corpse

Some might say that being subjected to the rapid fire of Pokemon news, quips and jokes that's zinging around the internet is a fate worse than death. Unfortunately, one Go player had a brush with the grim reaper when she happened upon the body of an unidentified man while searching for Pokemon near a Wyoming river.

But it's also helped save the children!

Some Pokemon discoveries have had a happy ending, like when one Arizona woman apparently saved a teenager from bullies after she wandered upon him while scouring for Pokemon in a park. The boy was reportedly suffering from a seizure after trying to outrun his tormenters.

According to a Facebook post, one Alabama woman was using Pokemon Go and ended up spotting and rescuing two actual-world animals: two German Shepherd dogs that somehow ended up lost, missing overnight and stuck in a ditch seven miles from their home.

Some people use Pokemon to get a little freaky

Cue the lights and pop a quarter in the vibrating motel room bed. Some Pokemon Go players are using the game to create and share suggestive photos.

Not everyone wants to play

It's all fun and games until somebody hunts Pokemon into onto an unfriendly neighbor's lawn or a burial place for fallen soldiers. Remember, there's a time and place for everything.

It's not hard to imagine Pokemon Go distracting gotta-catch-'em-all drivers.
Majdi Fathi/NurPhoto/Getty Images
Now That's Interesting
The Pokemon game series, which was introduced as a role-playing strategy game for the Nintendo Game Boy, celebrates its 20th anniversary this year.

What Happens to the Billions of Cigarette Butts on the Beach?

What's the Deal With Bubblegum Flavor? 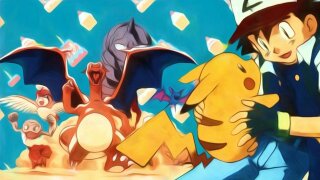 After More Than 20 Years, Pokemon Is Still Going Strong 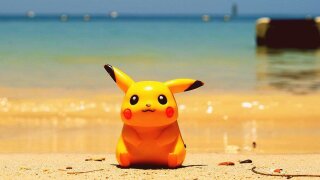