After More Than 20 Years, Pokemon Is Still Going Strong

Pokémon began as an idea in the early days of the Game Boy by the Japanese video game designer Satoshi Tajiri. As a child growing up in the rural city of Machida on the outskirts of Tokyo, Tajiri was an avid bug collector, and he took that enthusiasm to develop the idea for "pocket monsters."

The game took six years to develop and was finally released in Japan in 1996. After the original games, called "Pocket Monsters Aka and Midori" (Red and Green), skyrocketed to success, they transitioned to the United States two years later under the name "Pokémon Red and Blue." It became incredibly popular, spawning a television show, card game, sequels, spin-off games and more merchandise than could be believed.

"Not many franchises go 20 years without taking a break. Pokémon references have been made on every TV show from 'The Simpsons' to 'House.' Pokémon has been prominent in the Macy's Day Parade every Thanksgiving. Pokémon has never left pop culture."
Steve Black Jr., Host of the It's Super Effective Podcast

More than 20 years later, Pokémon is still a genuine phenomenon. Just how big? According to Nintendo, Pokémon is one of the best-selling game franchises worldwide, having sold more than 340 million copies of video game software as of March 2019. The company also shipped more than 27.2 billion Pokémon cards, which were translated into 13 different languages and sold in 74 different countries. Meanwhile, the Pokémon cartoons air all over the world, and the movies based on that cartoon have brought in hundreds of millions of dollars at the worldwide box office.

Why does it remain such a powerhouse?

Steve Black Jr. is the host of the "It's Super Effective" podcast, a show that has been examining all aspects of Pokémon fandom since 2010. We asked him about the longevity of Pokémon, and he told us by email that the single largest contributing factor in Pokémon's constant popularity over is consistency: "Any Pokémon player can step away and months or years later jump back in and know that there is the same flow of anime, games, and merchandise on the market."

In fact, you could argue that Pokémon's footprint on popular culture has never been larger, with yet more games dropping – Pokemon Sword and Pokemon Shield – on Nov. 15.

Heck, Pokemon even got its own Super Bowl commercial a few years back. The 2016 Super Bowl ad celebrating 20 years of Pokémon was viewed more than 15 million times on YouTube before it even aired at the game.

Dr. Andrea Letamendi, psychologist and board member of the Pop Culture Hero Coalition, spoke to us via email about the psychological underpinnings of the phenomenon.

"In general, beyond the Pokémon phenomenon, intensive collecting isn't tied to a singular cause or motivation, nor is it inherently unhealthy for us," Letamendi said. "On the contrary, collecting within the same genre on the social level is hugely rewarding in a neurobiological way. Pokémon comes with an automatic 'social component.'"

She suggested that Pokemon isn't just about acquiring or completing a set, but also the training, testing and improvement that comes with all that practice.

"Inherent in the games of Pokémon, therefore, is the fundamental human desire to achieve something great by accessing something 'big' from within ourselves, no matter how 'small' we may seem superficially," Letamendi said. "The required key, however, is in the 'training' — the strategy, deck-building, teaming, overcoming opponents, etc."

When it comes down to it, Pokémon might just inspire the best within the people who love it, and that's why it's stuck around for as long as it has.

Now That's Cool
The late Robin Williams was a huge Pokémon fan. After his death, fans petitioned to have him made a Professor in the Pokéverse, which was something he claimed would be a dream role for him.

Air Pollution Kills 5.5 Million Per Year, Half in China and India Alone 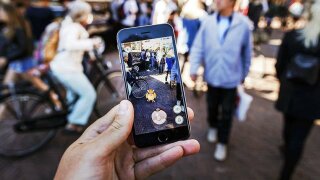 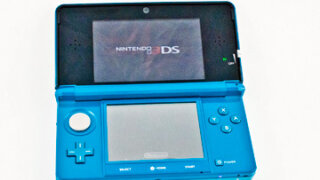 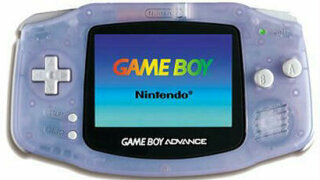