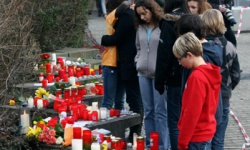 Dylan Klebold and Eric Harris, the two teenagers who carried out the 1999 Columbine High School massacre in Littleton, Colo., were fervent "Doom" players. German 17-year-old Tim Kretschmer killed 15 people a decade later with moves he stole from the game "Counter Strike." When youths engage in violent behavior, the brutal video games they played before they committed their crimes are generally cited as reasons for their tendencies. Logic simply follows: Violent video games make kids violent.

This idea remains conventional wisdom, although some studies of kids and aggressive video games have turned up evidence to the contrary. One 2005 study of people ages 14 to 68 who were asked to play 56 hours of the massively multi-player role playing game (MMRPG) "Asheron's Call 2" in one month found no noticeable change in aggressive behavior among players after the game. Nor did the researchers turn up an increase in aggression among gamers when compared to the control group who didn't play [source: PhysOrg].

Other studies have come to different conclusions, though some psychologists believe that many studies connecting real-world violence to video games are biased [source: Kierkegaard]. As it turns out, nothing does more to undermine the notion that video games increase violence in real life than crime statistics. While video games continue to sell -- sales rose from $5.5 billion to $9.5 billion from 1999 to 2007 -- violent crime among youth actually declined. In 1999, 1,763 people under age 18 were arrested for homicides in the U.S.; in 2007, that age group accounted for 1,063 murders there [source: Safe Youth, FBI].