Video Games Are For Kids 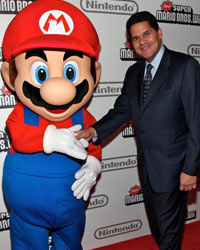 Here's a shocker: Kids love video games. It's true! Millions of kids all over the world love Mario and Sonic and Pikachu and the games that spawned them. But there are many, many more gamers who grew up playing "Mario Bros." and "Sonic the Hedgehog" -- or older games on the Atari -- who are now adults and still love video games. In many ways, the video game industry has grown up alongside them, offering more sophisticated and violent games like "Call of Duty" that are akin to R-rated action movies.

In 2011, 53 percent of gamers fell within the 18 to 49 age range. And within that range, the average gamer was surprisingly mature -- 37, in fact. "Casual" games, like Flash Web browser games and Nintendo's "Wii Sports" and "Wii Fit," have brought older people into the gaming world. Gamers 50 and older now represent 29 percent of the market [source: ESA].

Only 18 percent of gamers are under the age of 18, according to the Entertainment Software Association. There are plenty of games still out there for kids, but the average gamer has definitely grown up.