That old NES controller you have lying around can be repurposed in a hundred different ways. See pictures of video game systems. Evan-Amos/Wikimedia Commons

It isn't only death and taxes. You can also be sure the technology you crave today will become tomorrow's dust collectors. Whether it's a simple Atari joystick, a rectangular Nintendo Entertainment System controller outfitted with arrows and buttons, or a once-modern Nintendo 64 controller, it may be time to give them a new purpose.

After all, you probably worked hard for this gear. Doing odd jobs for the parents, mowing lawns for the neighbors or borrowing money from your little sister (a sign of true desperation) -- just to get your hands on the latest console and accessories. If you've kept this classic gear in good working order, hook it up and play it. At least once in awhile.

If, however, you have an oddball assortment of parts -- particularly controllers -- it's time to put them to good use. From desk accessories to iPod docks, we've got plenty of solutions to keep your old controllers out of a landfill. 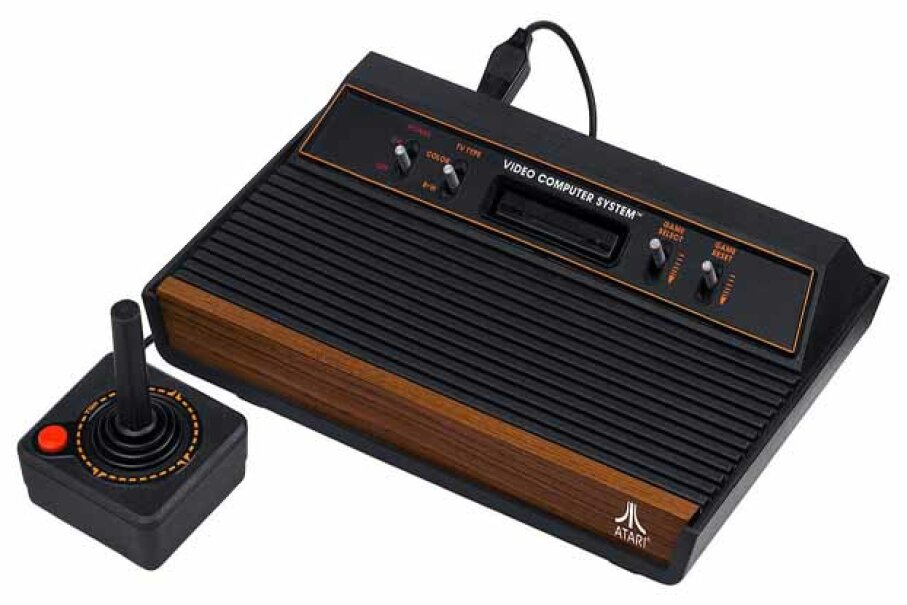 The Atari 2600's joystick can be turned into a cool TV remote control. Evan-Amos/Wikimedia Commons

If you're looking for a clever way to control a few simple actions on your TV, try converting an Atari 2600 joystick into a remote control.

First, you'll need to purchase a standard miniature remote control and remove its circuit board. Then remove the batteries inside the Atari 2600 joystick. Use a heated soldering gun to remove one of the plastic partitions between the batteries; this will make room for the circuit board of the mini-remote, which will fit snugly into this space. The mini remote and the joystick use the same type of switches, so making it operational is simply a function of replacing the existing wires with the mini remote's wires. You can use the coin battery that came with the mini remote and the existing infrared LED lights to send the signal out of the remote.

After your modifications are complete, you'll be able to activate the TV by inserting two AA batteries and pressing the joystick's "fire" button. In addition, you can press the joystick to the right to turn the volume up and the left to turn the volume down. The "reset" button will mute the TV, and you can move the joystick up and down to change channels. The "audio/video select" button will allow you to toggle between TV and components [source: Hacked Gadgets]. 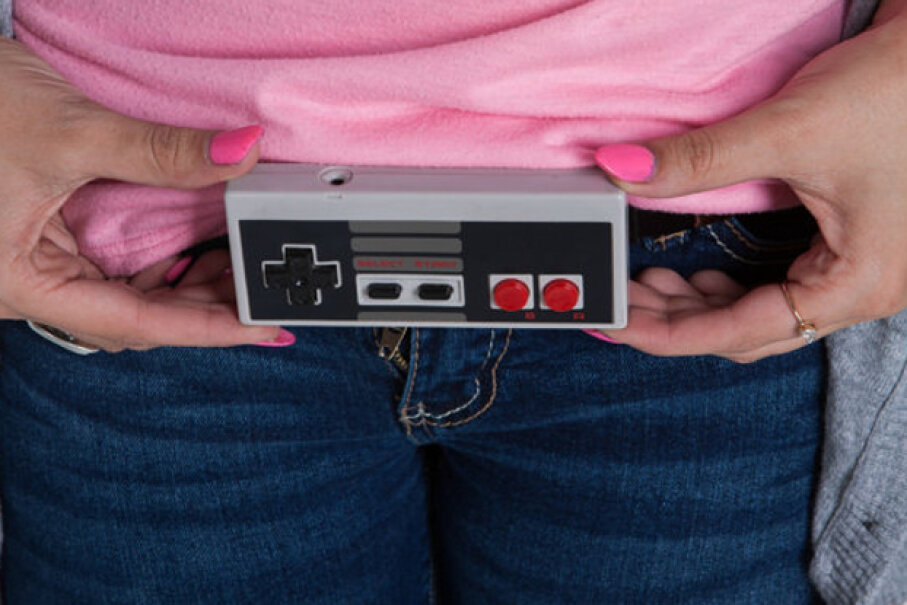 Ah, the Nintendo Entertainment System. Not only does it provide plenty of fodder for which children can mock their parents, but it's so absolutely retro that even hipsters think it's cool. Well, the NES controllers at least. These compact, flat, rectangular controllers are now seen holding up skinny jeans on the pages of FHM and Wired. You could purchase your own or you could make one out of a repurposed controller.

To begin the transformation, cut the cord off the controller. (Make sure it's not plugged in, of course). Then bend and solder a stretch of wire into a square (the bottom section of a wire hanger is the ideal length), add a couple of brackets to the back of the controller with the wire underneath. Affix the entire affair to one end of a belt. Your NES belt buckle is ready to wear. Be sure to tuck your T-shirt in, though. You wouldn't want the world to miss out on your awesomeness [source: Instructables].

The Duck Hunt Gun as Accessory 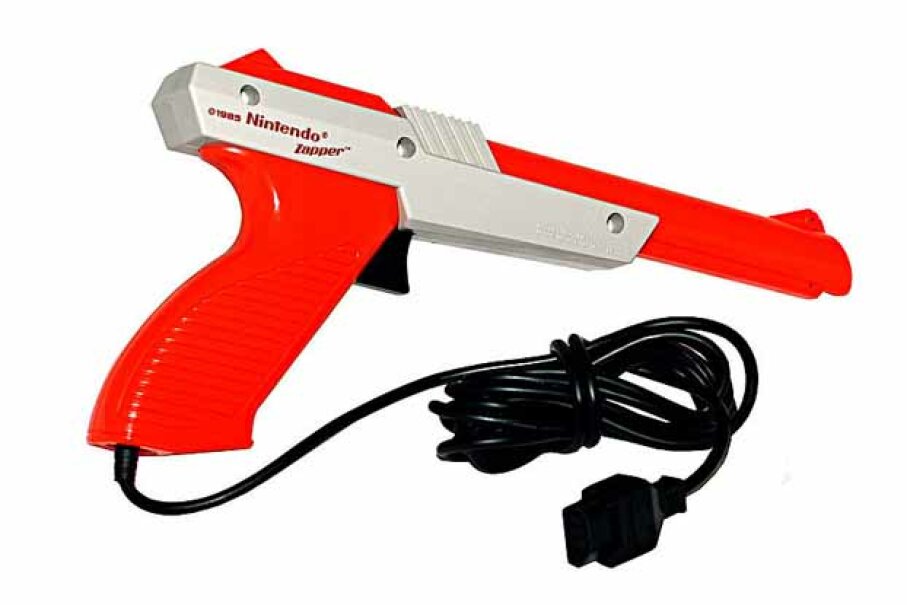 If you're a child of the '80s, you probably know your way around a Duck Hunt gun. This ubiquitous gun was part-and-parcel of the Nintendo Entertainment System's Duck Hunt game. It was state-of-the-art at the time and worked by employing a series of sensors in the gun that could detect light changes on the TV screen during the game [source: Patent Storm]. After Duck Hunt became outdated, the gun had few other applications. Until now.

Paint it black or keep it as-is, and pair it with a Halloween costume. You can also use it as a play prop or donate it to the kids for pretend play. It's time the Duck Hunt gun was revived for a second round.

Sell the Super Scope (and Your Controllers) 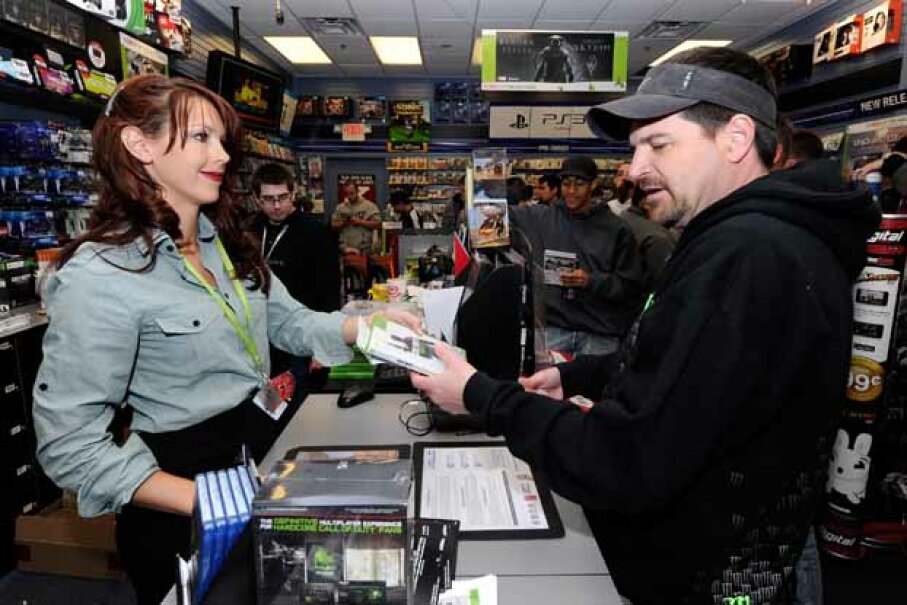 The Super Nintendo had a gun called the Super Scope. It was 2.5 feet (76 centimeters) long and shaped like a bazooka, and it's not likely to be something you use anymore. So why keep it around? Gather your old controllers and make some scratch. You could trade them in at local game retailer like GameStop, but you're likely to make more money if you sell them outright. Try listing them on eBay, Craigslist or an online gaming forum. Some of the rare ones are worth a lot: A PlayStation Move motion controller for a Sony PS3 Move was selling for $9,000 on eBay.

Convert Them to Work With Your Computer 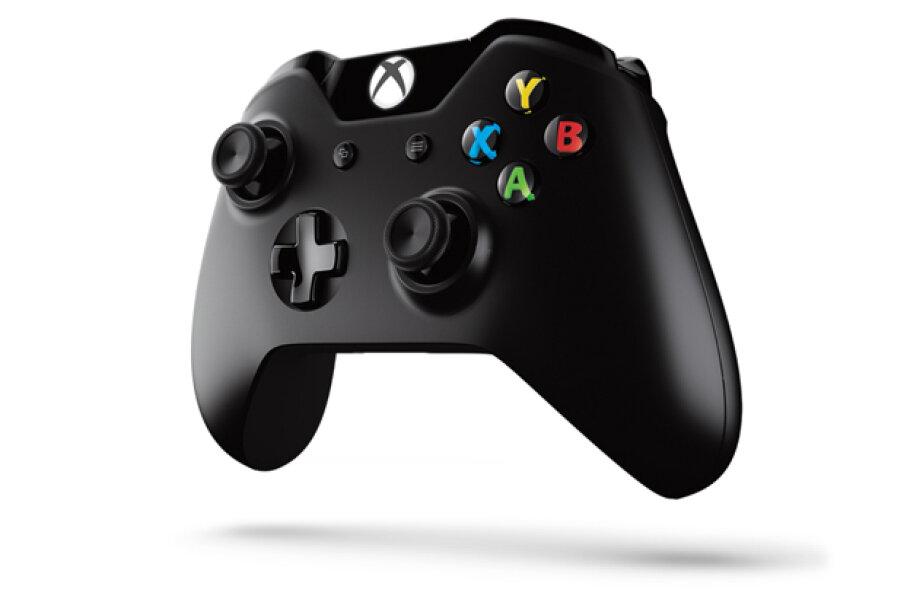 You can buy a Microsoft connector that will link a wireless Xbox controller to a computer’s USB. Microsoft

Have an old PS3 or Xbox controller lying around? By making some minor adjustments, you can pair outdated controllers with a PC (and in some instances, a Mac). If you're a fan of console-to-PC games (think Steam), then you can see why this might be a good idea. Using an old controller will save the expense of buying a custom PC controller. Plus you'll have better control (pun intended) when playing on the PC.

Transform NES Controller Into a Wallet 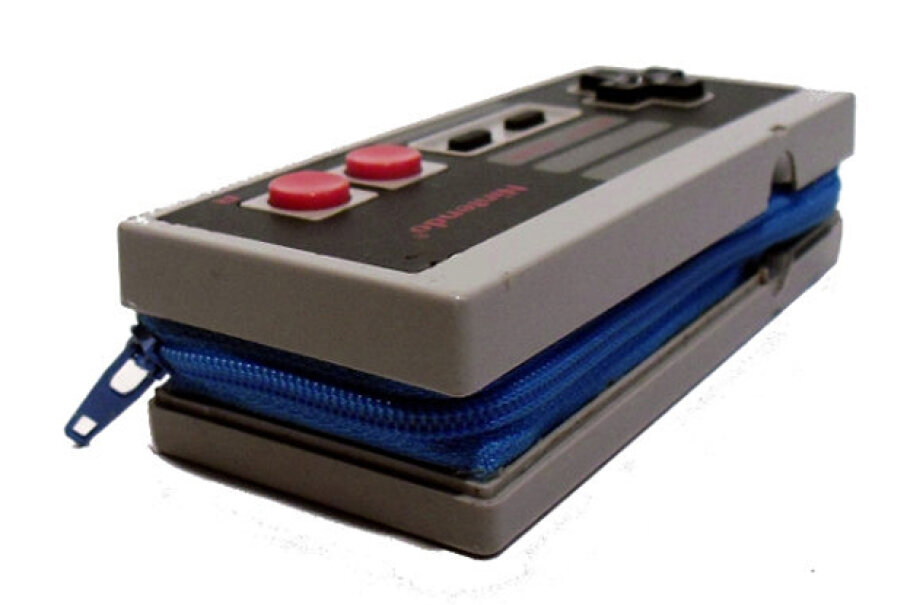 The versatile NES controller can also be transformed into a wallet. OneUpGallery/Etsy

Why carry around an ordinary wallet when you can put your cash in an icon? The versatile NES controller can be transformed into a wallet. It's as easy as splitting the controller lengthwise, removing its interior working parts and gluing a zipper along the length of it.

Start by removing the six screws on the back of the controller; this should allow the front and back of it to separate. If a screw sticks, gently pry until it releases. Then, remove the circuit board and use a wire snip to cut its connections to the controller case. Dab some craft glue or super glue onto the back of the rubber keys so they don't fall out. Finally, glue a zipper along three sides of the controller and connect the fourth edge by gluing in a strip of ribbon [sources: Instructables, Preuss]. 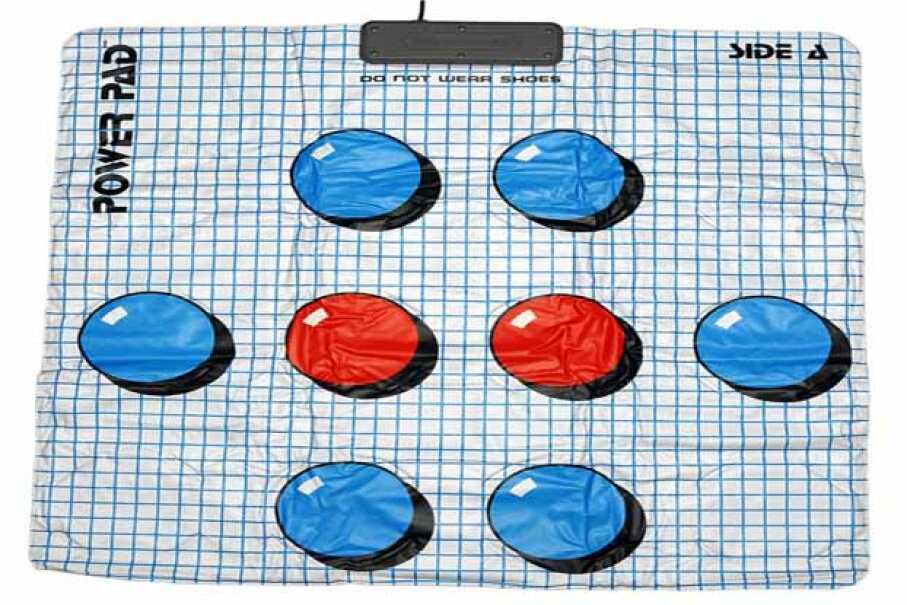 While the NES Power Pad didn’t work so well as a game controller, it does make an awesome area rug. Evan-Amos/Wikimedia Commons

The NES Power Pad was a two-sided floor mat game controller -- circa 1988 -- for early generations of the Nintendo Entertainment System. Think "Dance Dance Revolution," but without the engaging technology or widespread popularity. One side of the NES Power Pad had 12 button-style sensors, while the other side had eight. Gameplay was supposed to happen when you stepped on the buttons with your feet, but it reportedly worked better when slapped with your hands. Well, at least it was a start in the dance pad category.

If you have one lying around that never really worked, cut your losses by converting it into a lovely area rug. Don't have one, but still want to incorporate it into your "gamer chic" décor? You may be able to pick one up on eBay for less than $20 [source: Retro Gaming Nation].

From Controller to Desk Caddy 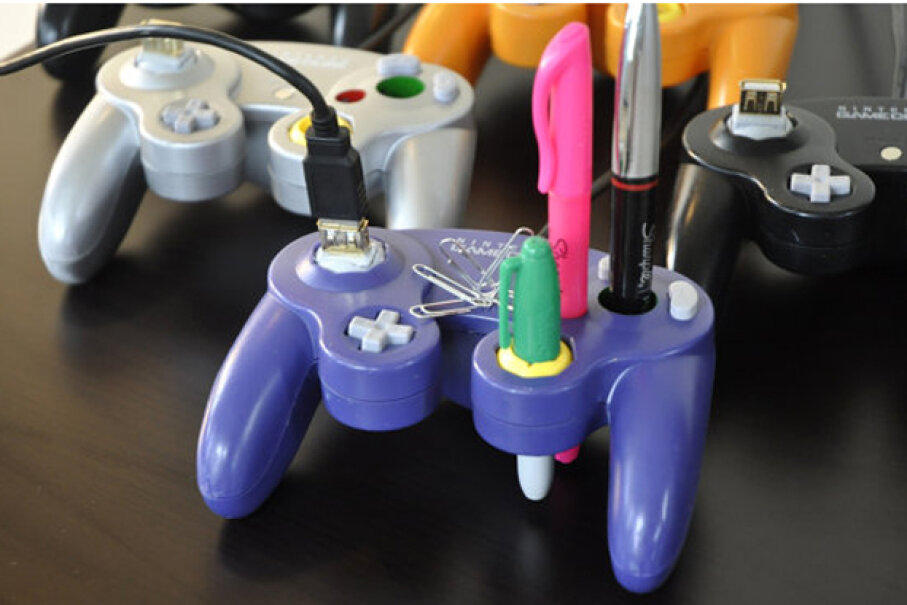 This controller seems almost tailor-made to be a desk caddy. GreenCub/Etsy

An old Nintendo GameCube controller can make a fine desk caddy. Start by removing the mini joystick and use the space to store paperclips instead. Keep some of the buttons for aesthetic effect, but drill out others to hold pens and pencils. Retrofit the D-pad slot to become a USB port [source: Personal Money Network]. You'll have the coolest desk accessory on the cubicle block.

You can also find them already retrofitted and ready for your desk on Etsy.

Create an iPhone Dock From an NES Controller 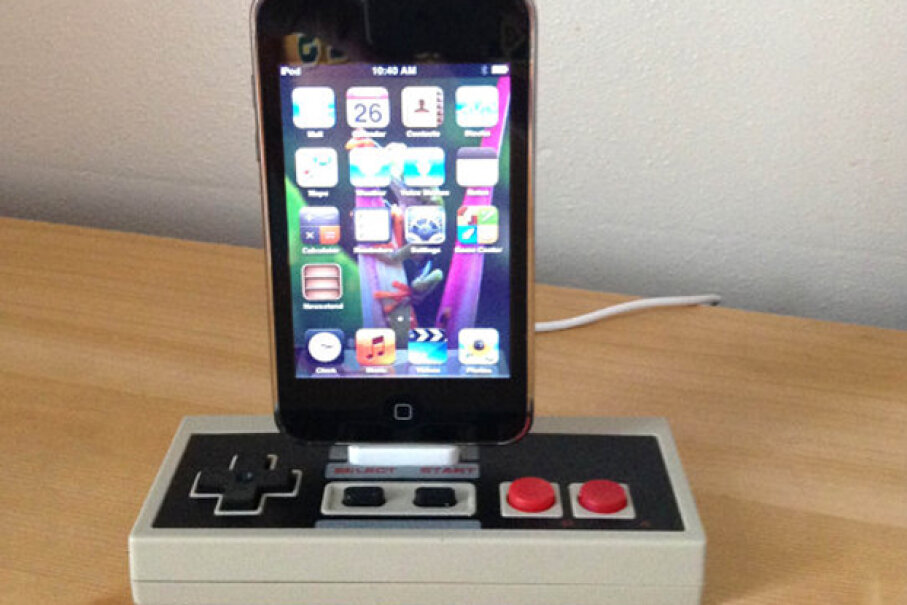 This iPhone dock was cleverly repurposed from an NES controller. Woody6Switch/Etsy

Here's a way to repurpose old tech for new tech: Use an old NES controller to make an iPhone dock. To do so, you'll need the controller, an iPhone or iPod cord, scissors, utility knife, sandpaper, a small Phillips screwdriver and wire cutters.

First, remove the six screws and take off the plastic back of the controller. Then, remove the circuit board, notch out a space for the iPhone/iPod cord and cut the cord that connects the circuit board to the NES. While you're wielding your scissors and utility knife, be sure to cut a hole in the top of the controller and connect the iPhone/iPod connector through it. Once you've finished, reassemble the controller and plug the cord into an outlet.

Fashion the Finest Steampunk Controller of All Time 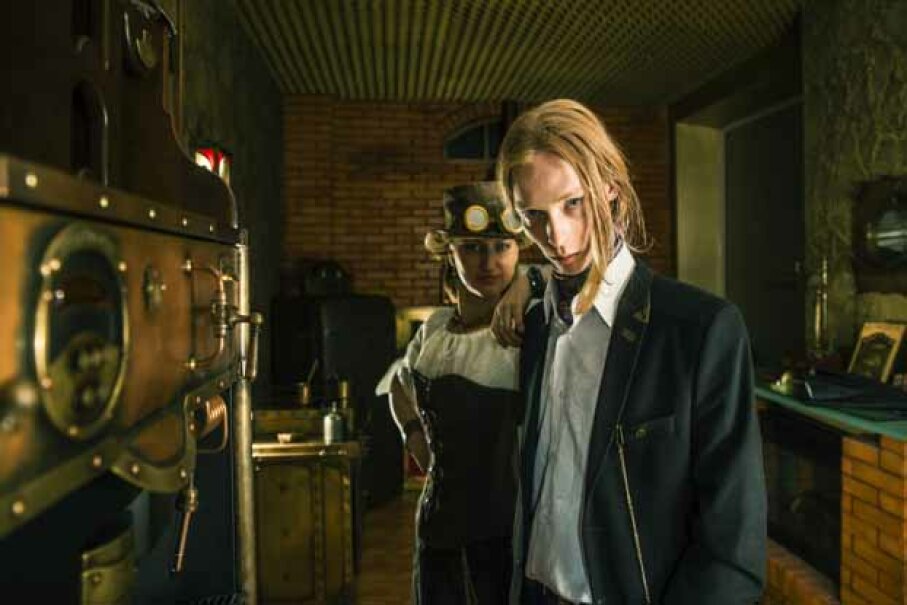 You can Steampunk your clothes and even your controller. Alex Potemkin/Vetta/Getty Images

Better still, Steampunk is rife with possibilities when it comes to repurposing old tech. To accomplish this, outfit your old N64 controller in a wood veneer, add copper finials to the buttons and, literally, put the on/off function under lock and key. Instead of simple pushing a perfunctory plastic button to power on, you can insert an old-fashioned skeleton key into a brass lock.

Of course, you can create a Steampunk look all your own; Steampunk caters to the customized. Try layering your controller in a brass finish. Use wood buttons. And, if you can figure out a way to actually power it using steam, that's definitely extra credit [source: Kain]. 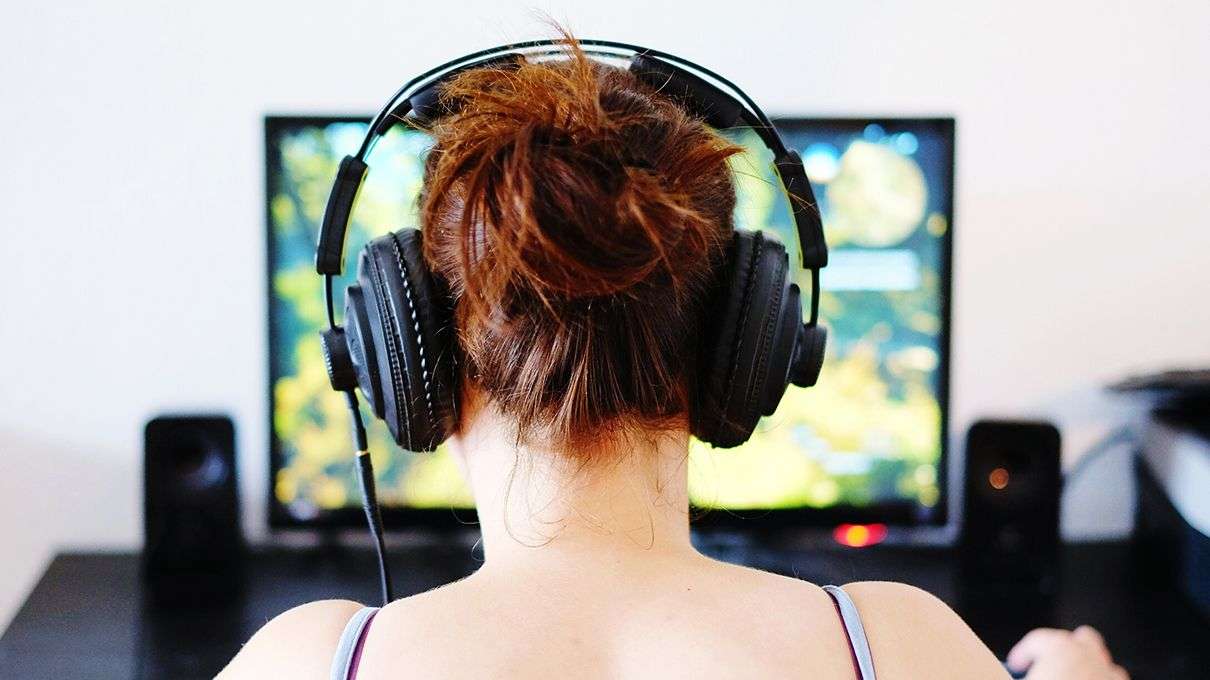 I may not have had an NES controller lying around when I started researching this article, but that hasn't stopped me from making a few DIY plans. I like the idea of creating an iPhone dock out of a retrofit NES controller and have plans to make my own -- just as soon as I can snag a bargain controller on eBay. And I probably won't stop there. An Atari 2600 TV remote control is next on my list. Who knows? I may just make a desk caddy while I'm at it, too.