by Meredith Bower
NEXT PAGE 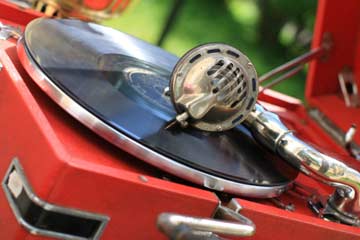 If you're in the mood for some good music, you might flip through the neatly shelved rows of album covers, make your selection, and slide the shiny, round disc out of its sleeve. Holding it by the edges, you carefully slip it into place, anticipating the rich sounds you will soon hear. But it's not the sound of a CD playing your favorite music -- it's a record.

As the disc begins to spin on a turntable, an arm drops to the outer edge of black vinyl record. After a brief pause, you are greeted by tunes that sound rich, but not perfect, and sometimes the needle skips across a groove, interrupting a song.

Before the 1970s -- before the invention of tapes, compact discs and MP3 players -- people listened to recorded music on record players. There was no fast forward, rewind or shuffle. Instead, you chose an album and enjoyed about 25 minutes of music by one artist before flipping it over for more or putting another record on the turntable.

From the time the phonograph was invented in 1877 until it was slowly phased out and replaced by other music media nearly 100 years later, the technology used to play recorded sounds changed only slightly. And today, records and record players are even enjoying a comeback.

In this article, we'll look back to see how Thomas Edison's favorite invention works and how it has influenced on culture and society. Up first, we'll see how the idea of recording sound came to be, and whether Edison was actually the first person to discover it. 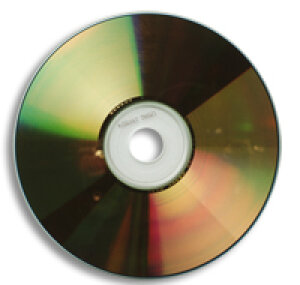