One of the reasons video games are so popular is that they offer people a form of escape. Sure, drawing on an arsenal of weapons to take out the bad guys in "Assassin's Creed" is good fun. But most gamers aren't just gearing up for some real-life battle between groups of trained killers; they're just looking for a little respite from life as an office drone, for instance, or overloaded parent.

That yearning to escape may be no more clear than in a gamer's all-important choice of an avatar, the character or image that represents a real person in the video game world or on social media. Many folks go for something that resembles them physically, except maybe with bigger biceps, a smaller waist, more hair or just an all-around stronger sense of badassery.

New research shows that avatar images can even change the way people sculpt their own bodies in the real world, and another study looked at what gamers call themselves online can say about their real lives. Still, a group of video game techies at the University of Southern California is betting that many gamers would go for an avatar that reflects what's reflected in a mirror.

Researchers at USC's Institute for Creative Technologies recently released a package of free tools designed to help gamers create highly-personalized avatars based on scans of their own faces and bodies.

The technology works in concert with 3-D photo scanning programs like Skanect or KinectFusion. It uses a combination of tools to add skin, hair, clothing and other animation to a raw 3-D image. Gamers can then alter avatar bone structure, as well as height, weight, shoulders, waist size and other features. The tool realistically adjusts other parts of the body as this information is logged. Adding inches to a waist line, for example, will automatically increase chest size and direct the model to hunch over more.

Here's a video showing the tool in action:

David Dodge is a video game designer and producer who runs a computer programming boot camp for kids. He says the technology could have a “profound impact” on the gaming industry.

“While some gamers will continue to develop avatars as alter-egos and fantastical characters," says Dodge, "there is a large audience who will enjoy bringing increased personalization to their gaming experience and who will love portraying their own identity in the game.” He adds that personalized avatars are likely to be a big hit in multiplayer games, where groups of friends all participate together.

The USC program also empowers the avatars to run, jump and interact with objects within a game setting. The developers are currently fast at work on adding facial gesture capabilities to the package. The say users can already create and animate a 3-D version of themselves in as little as four minutes.

Now That's Interesting
The term "avatar" comes from the the Sanskrit word for "descent," and is a religious term used in Hinduism and Sikhism to describe a deity's manifestation in the physical world.

New Study: How to Build Batteries Out of Thin Air for Carbon-Negative Cars

Taking Out a Health Care Mortgage for a Cure 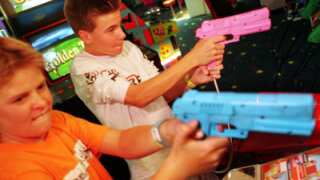 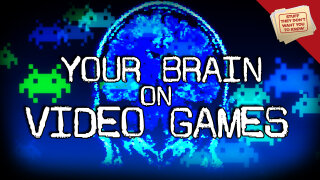 Stuff They Don't Want You to Know: Video Games and Your Brain [VIDEO] 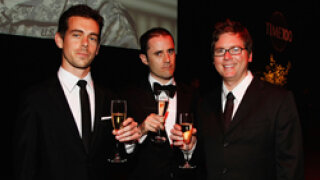 Top 10 Ways to Get More Followers on Twitter: Create a Good Avatar