Why do you hear some radio stations better at night than in the day? 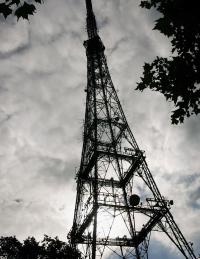 Radio waves naturally travel in straight lines, so you would naturally expect (because of the curvature of the earth) that no radio station would transmit farther than 30 or 40 miles. And that is exactly the case for ground-based (as opposed to satellite) TV transmissions. The curvature of the earth prevents ground-based TV transmissions from going much further than 40 miles (64 km).

Certain radio stations, however, especially the sho­rt-wave and AM bands, can travel much farther. Short-wave can circle the globe, and AM stations transmit hundreds of miles at night. This extended transmission is possible is because of the ionosphere -- one of the layers of the atmosphere. It is called the ionosphere because when the sun's rays hit this layer, many of the atoms there lose electrons and turn into ions.

Can I run my MP3 player on methanol?
How to Sell Songs on iTunes
How HD Radio Works