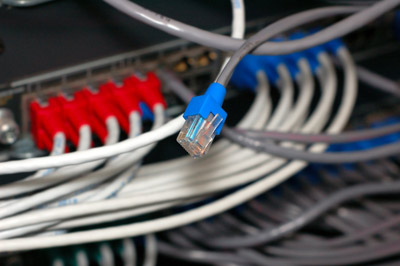 There are two things that make Internet TV possible. The first is bandwidth. To understand bandwidth, it's best to think of the Internet as a series of highways and information as cars. If there's only one car on the highway, that car will travel quickly and easily. If there are many cars, however, traffic can build up and slow things down. The Internet works the same way -- if only one person is downloading one file, the transfer should happen fairly quickly. If several people are trying to download the same file, though, the transfer can be much slower.

In this analogy, bandwidth is the number of lanes on the highway. If a Web site's bandwidth is too low, traffic will become congested. If the Web site increases its bandwidth, information will be able to travel back and forth without much of a hassle. Bandwidth is important for Internet TV, because sending large amounts of video and audio data over the Internet requires large bandwidths.

The second important part of Internet TV is streaming audio and video. Streaming technology makes it possible for us to watch live or on-demand video without downloading a copy directly to a computer.

There are a few basic steps to watching streaming audio and video:

Although Internet TV promises quite a lot, the concept doesn't come without criticism. Users with slow Internet connections may have difficulty getting data fast enough. Many complain that the video quality pales in comparison to HDTV screens, and Web sites have difficulty providing sufficient bandwidth. Peer-to-peer software may offer a possible solution, since it spreads out the amount of available information across lots of computers instead of putting all the pressure on one server.

Internet TV could eventually change the way we get our news and entertainment. People who are enthusiastic and knowledgeable about certain subjects but don't have a contract with a major network can produce their own shows if they have the right technology -- you can read more about what it takes in ­How Podcasting Works. Since video recording and editing technologies are becoming more accessible to the public, it will become easier to transmit user-generated content from all over the planet.

For lots more on Internet TV and related topics, explore the links below.