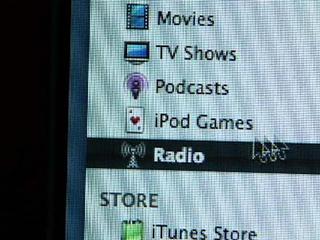 It's All Geek To Me: Internet Radio on iTunes
Science Channel

A college student in Wisconsin listens to a disc jockey in Jamaica play the latest rapso (calypso rap) music. A children’s advocacy group unites its geographically diverse members via private broadcast. A radio listener hears an ad for a computer printer and places an order immediately using the same medium on which he heard the ad. All of this is possible with Internet radio, the latest technological innovation in radio broadcasting since the business began in the early 1920s.

Internet radio has been around since the late 1990s. Traditional radio broadcasters have used the Internet to simulcast their programming. But, Internet radio is undergoing a revolution that will expand its reach from your desktop computer to access broadcasts anywhere, anytime­, and expand its programming from traditional broadcasters to individuals, organizations and government.

In this article, we’ll explore the Internet radio revolution in terms of equipment, transmission, programming and the alterations in the listener/broadcaster relationship.

Freedom of the Airwaves

Radio broadcasting began in the early '20s, but it wasn't until the introduction of the transistor radio in 1954 that radio became available in mobile situations. Internet radio is in much the same place. Until the 21st century, the only way to obtain radio broadcasts over the Internet was through your PC. That will soon change, as wireless connectivity will feed Internet broadcasts to car radios, PDAs and cell phones. The next generation of wireless devices will greatly expand the reach and convenience of Internet radio.

Internet radio has no geographic limitations, so a broadcaster in Kuala Lumpur can be heard in Kansas on the Internet. The potential for Internet radio is as vast as cyberspace itself (for example, Live365 offers more than 30,000 Internet radio broadcasts).

Internet radio programming offers a wide spectrum of broadcast genres, particularly in music. Broadcast radio is increasingly controlled by smaller numbers of media conglomerates (such as Cox, Jefferson-Pilot and Bonneville). In some ways, this has led to more mainstreaming of the programming on broadcast radio, as stations often try to reach the largest possible audience in order to charge the highest possible rates to advertisers. Internet radio, on the other hand, offers the opportunity to expand the types of available programming. The cost of getting "on the air" is less for an Internet broadcaster (see the next section, "Creating an Internet Radio Station"), and Internet radio can appeal to "micro-communities" of listeners focused on special music or interests.

What do you need to set up an Internet radio station?

Getting audio over the Internet is pretty simple:

There are two ways to deliver audio over the Internet: downloads or streaming media. In downloads, an audio file is stored on the user’s computer. Compressed formats like MP3 are the most popular form of audio downloads, but any type of audio file can be delivered through a Web or FTP site. Streaming audio is not stored, but only played. It is a continuous broadcast that works through three software packages: the encoder, the server and the player. The encoder converts audio content into a streaming format, the server makes it available over the Internet and the player retrieves the content. For a live broadcast, the encoder and streamer work together in real-time. An audio feed runs to the sound card of a computer running the encoder software at the broadcast location and the stream is uploaded to the streaming server. Since that requires a large amount of computing resources, the streaming server must be a dedicated server.

For more great information on internet radio and related topics, check out the links on the next page.

How Walkie-talkies Work
Can I run my MP3 player on methanol?
How FCC Auctions Work