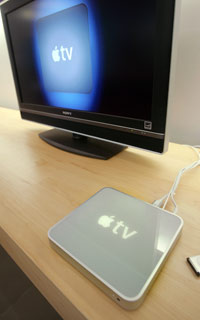 Although video quality and screen size vary, right now Internet TV offers a few more benefits than traditional television does. It also offers a variety of options and formats. You can watch two basic types of broadcasts through Internet TV: live broadcasts or on-demand videos.

Web sites like wwiTV compile lists of live broadcast channels. If you want to catch up on the news in Buenos Aires, Argentina, for instance, simply click on Argentina -- channels are usually grouped by country -- and browse through the list of available broadcasts. Some TV networks also play live, streaming feeds of their programming on their official sites. Either way, it's like watching live TV on your computer screen. You can't pause, back up or skip through parts of the broadcast that don't interest you.

On-demand videos, on the other hand, are usually arranged like a playlist. Episodes or clips are arranged by title or channel or in categories like news, sports or music videos. You choose exactly what you want to watch, when you want to watch it. Comedy Central's official site, for example, features the Motherload, which lets you browse through prerecorded clips from programs such as "The Daily Show" and "The Colbert Report." Although it's not live television, you don't have to worry about networks taking down clips because of copyright issues.

In addition to the two basic broadcast categories, there are three basic fee structures for Internet TV:

The most popular ways to watch Internet TV are available in a variety of formats and costs. Joost, a free peer-to-peer program, offers shows from MTV, Comedy Central, CBS and Cartoon Network's "Adult Swim." Apple released the Apple TV in March 2007, and the device allows you to wirelessly transmit movies and TV shows from iTunes onto your television screen. Microsoft's Xbox Live Video Marketplace, on the other hand, lets Xbox 360 users download and rent movies and TV shows onto the system's hard drive.

To learn about how Internet TV is possible, read on to the next page.

Some Internet TV sites rely on peer-to-peer file sharing and require you to download a specific software client. Instead of receiving video from one central server, the software searches other computers with the same P2P program for a specific file. This is the same technology used for applications such as BitTorrent or the old Napster.