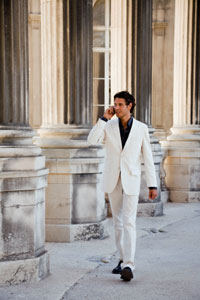 Traveling in Europe without getting a SIM card from a local phone company can lead to expensive roaming charges.
© iStockphoto/archives

­The last question everyone asks about cell phone unlocking: is it legal? In Europe, the answer is generally yes. Though laws differ from country to country, they tend to favor consumers over companies. In the United States, the answer is also yes. The U.S. Copyright Office issues rulings every three years, and in 2006, they declared that unlocking a cell phone does not infringe on the copyright of the phone manufacturer or service provider, and therefore isn't prohibited [source: Ars Technica].

In the ruling, they suggested that locking phones to accounts only serves to support a particular business model. "The underlying activity sought to be performed by the owner of the handset is to allow the handset to do what it was manufactured to do -- lawfully connect to any carrier. This is a noninfringing activity by the user...the purpose of the software lock appears to be limited to restricting the owner's use of the mobile handset to support a business model, rather than to protect access to a copyrighted work itself." [source: U.S. Copyright Office].

That ruling could be reversed later in 2009, but the justification for the original ruling hasn't changed, so it may stand. However, in 2008, Apple filed an opposition to the ruling, asking that it be overturned in 2009. They want jailbreaking iPhones to be illegal [source: U.S. Copyright Office].

There is one caveat, however. Unlocking a phone might violate the terms of any contract you may have signed with your service provider. If so, you could be subject to whatever penalties are outlined in the contract, or your service may be cut off. It's also unclear if it's legal to offer third-party cell phone unlocking services -- U.S. courts have not yet ruled on this matter.

For more information on unlocking cell phones, check out the links below.