by Maria Trimarchi
NEXT PAGE 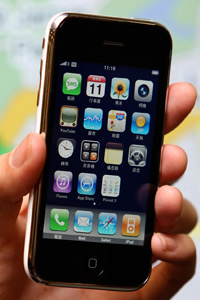 iPhone Image Gallery An iPhone fresh out of the box is modeled in Hong Kong in 2008. See more iPhone pictures.
­AP Photo/Kin Cheung

­When the first generation iPhone was released in 2007, the only way to run software on it was with Web applications (apps for short) in a browser -- limited to those published by Apple. But with the release of the iPhone 3G and the launch of Apple's iTunes App Store in 2008, iPhone users were suddenly able to choose from thousands of apps that could actually be installed on the phone itself. To date, there are more than 30,000 apps available in the store [source: 148Apps]. That may sound like a lot to choose from but there are at least a million users who want even more [source: Von Lohmann and Granick]. iPhone jailbreakers, that is.

People turn to jailbreaking because there are limitations to the iPhone and the App Store offerings. On the iPhone, Apple restricts some basic abilities that other cell phones offer standard, including recording video, custom ringtones, photo zoom and the ability to change the look and feel (including icons). Jailbreaking the iPhone bypasses these limitations and allows users to take advantage of third-party apps. Specifically, third-party apps that Apple has declined to distribute through the App Store (because they're deemed objectionable, risqué or duplicative among other reasons). These programs are instead distributed by the developer (usually to avoid the distribution fee charged by Apple).

It's not just the unsanctioned apps that appeal to jailbreakers, though. For those who are more technically oriented, jailbreaking an iPhone can mean more than adding a video app. The iPhone runs on a basic variant of Mac's OS X operating system, which is Unix-based. This means that if you're so inclined, you could jailbreak the iPhone platform and install certain Unix applications such as a lightweight Apache Web server with PHP or SSH daemon to accept remote connections -- thus turning the iPhone into a tiny computer.

­Aside from third-party applications, one of the most common reasons for jailbreaking an iPhone is to unlock it. Jailbreaking and unlocking an iPhone are often confused with each other but they aren't the same thing. Unlocking an iPhone breaks the lock on the SIM card and allows the phone to work with all carriers, not just the official, Apple-approved carrier (which differs from country to country). 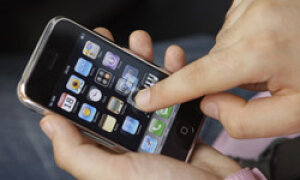