How to Unlock GSM Phones 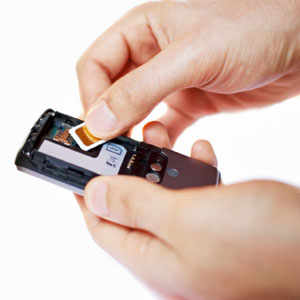 Replacing the SIM card in a cell phone is easy, but it only works if the phone is unlocked.
© iStockphoto/nicolas_

There are two reasons to unlock a phone. First, it gives you the freedom to switch between service providers. Assuming a long-term service contract doesn't stand in your way (along with the contract termination fees that come along with it), you can change service providers as often as you like and never have to buy a new phone. Just put in a new SIM card supplied by your new service provider and your old phone will work just fine. You will have to go through the effort of migrating your old phone number to the new account, however.

The other reason involves traveling to Europe or Asia. If you use your North American phone while traveling, you will rack up enormous roaming fees. International cell phone companies don't all rely on the two-year contract business model favored in the United States. You can buy a SIM card for your phone that's pre-loaded with a fixed number of minutes that will work in whatever country you'll be spending time in. Some European companies even offer SIM cards whose accounts work across much of the continent, not just in one country. Frequent travelers or even those taking occasional vacations will enjoy significant savings with an unlocked phone.

The process of unlocking a phone is actually quite simple, and doesn't require any technical knowledge. For some phones, you just have to enter a numeric code into the phone. For a fee, some service providers will even give you the proper unlock code for your phone. There are also third party companies that provide cell phone unlock codes for a fee that ranges from $5 to about $25, depending on the model of phone you have.

Some phones need to be connected to a special device through the phone's data port to be unlocked. Again, a few service providers offer this service, but most phone owners will have to turn to third parties to accomplish this. You pay them a fee, send them your phone, they unlock it and send it back.

But what if you want to unlock your iPhone? We'll explain that in the next section.