Cell Phone Unlocking: Can your phone be unlocked? 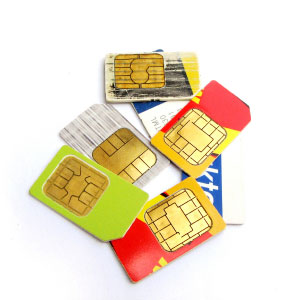 SIM cards are small chips about the size of your thumb, but it's the key to unlocking a locked cell phone.
© iStockphoto/MrKhan

There are two cell phone technologies that are used by the majority of the world's mobile phone service providers: Global System for Mobile communication (GSM) and Code Division Multiple Access (CDMA). If you have a CDMA phone, then your phone is not unlockable. End of story. However, if your phone operates on a GSM network, then it might be unlockable.

What's the difference? GSM phones use subscriber identity module (SIM) cards. A SIM card is a small card that's inserted into the phone. It contains all your contacts and settings, and it's linked to your account. You can take the SIM card out, put it into another phone, and if someone calls your number, the new phone will ring. You can also put a different SIM card in your unlocked phone, and your phone will then work with whatever phone number and account is linked to that card. CDMA phones have no SIM cards and must be authenticated by the service provider, which makes unlocking a phone impossible [source: Segan].

If you live in North America, you can usually determine whether your phone is GSM or CDMA based on the service provider you use. T-Mobile and AT&T use GSM, while Verizon and Sprint use CDMA. In Europe, almost all phones are GSM.

How can you tell if your phone is already unlocked? In Europe, unlocked phones are more common. In fact, many countries have cell phone portability laws that make it illegal for a company to lock a phone to a specific account (though these laws seem to change frequently). In North America, fewer phones are sold unlocked. If you received a phone for free or at a very low price when you signed a contract for your cell phone service, your phone is almost certainly locked.

Next, we'll explain the advantages of having an unlocked phone, and explain how to make it happen.