Laying the Foundation for Your DVR 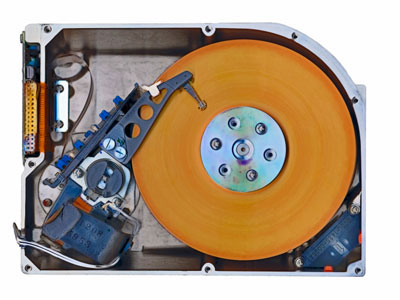 You need a nice, fast hard drive for your new DVR. The larger disk you buy, the more shows you can save.
Howard Kingsnorth/Photodisc/Getty Images

The most basic element of a homemade DVR is a computer. You could technically use any computer for this, but you'll be installing some new internal components, including a new hard drive, so a desktop is a better bet than a laptop. You could use a Mac, but you'll generally find that you have more options with a PC.

How powerful of a computer will you need? Well, that depends on what you want to do with your DVR. If you're just recording TV shows and movies in standard definition, then you don't need anything very powerful. If you'll be recording and playing back high-definition (HD) programming or want to watch Blu-ray discs, then you're going to need a computer with a little more horsepower. There are five things to watch for when buying or setting up the computer that you'll use for your DVR:

Processor - You don't need a top-of-the-line quad-core processor to run a DVR. In fact, for basic DVRing, older and slower processors will work fine, especially since the encoding will be handled by a separate component (the TV capture card). The bottom line here is that the processor should be powerful enough to run a modern operating system. If you're stuck running Windows 95 or earlier, you may have a harder time finding compatible software.

Hard Drive - You'll be surprised how quickly hard drive space gets eaten up by recorded TV shows. A single movie in HD can use up several gigabytes of drive space by itself. Hard drive prices have dropped considerably in the last five years, so if you're repurposing an old computer, you'll want to swap out the old drive for something larger. Remember, you can't have too much hard drive space, so buy as much as you can afford. You'll want a speedy drive to avoid problems with video quality. Keep in mind that you can always expand later by adding an additional drive.

Video Card - It's going to take a fairly powerful video card to process the video signal and send it to your TV. If we're talking about HD and Blu-ray, the video card will need even more power. This is the part of the DVR that's going to matter most to what you actually see on-screen, so if you're going to splurge on any part of your project, this should be it. There are many video cards to choose from, with new ones coming out all the time, so your best bet is to check audio/visual message boards for tips on which card is best suited to your purpose.

Memory - A minimum of two gigabytes of RAM will help your DVR run smoothly, although upgrading to four gigabytes won't hurt (and, again, might be necessary if HD is involved). Memory is inexpensive these days, and more RAM is almost always better.

Power Supply - A high-end video card and an extra hard drive can draw a lot of power, so you'll need a power supply that can provide it. A good way to get a rough idea of how much power you'll need is with an online power supply calculator like the one Journey Systems provides.

Next, we'll choose and install a TV capture card.