Browse the article How HDMI Works 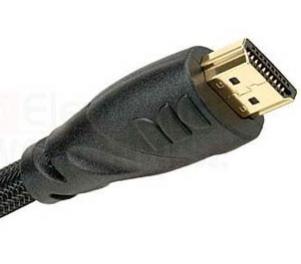 HDTV Image Gallery HDMI is more than a port on the back of a TV and the often expensive cable that fits inside. See more HDTV pictures.

­If you've shopped for an HDTV, a PlayStation 3, or an HD-DVD or Blu-ray pla­yer, you've probably heard about HDMI. It can seem like just one of many connections on televisions or home-theater receivers. But HDMI is more than a port on the back of a TV (and the often expensive cable that fits inside). It's a set of rules for allowing high-definition electronic devices to communicate. ­­

Before the development of high-definition televisions, most TVs displayed pictures in what is now known as standard definition. The picture was roughly square -- its aspect ratio was 4:3. Its resolution, or the number of dots that make up the picture on the screen, was about 704 x 480 pixels. The picture was interlaced -- each piece of the moving image was really half a picture, but the pictures changed quickly enough that the human brain didn't really notice. Finally, older TVs relied on analog signals, which travel as a constantly varying electrical current.

HDTVs, on the other hand, are digital. They use information in the form of ones and zeros. This information travels through cables as distinct electrical pulses. HDTVs have an aspect ratio of 16:9, so the picture is rectangular. They also have a higher resolution -- current HDTV standards allow for resolutions of up to 1920 x 1080 pixels. HDTV signals can also be progressive, meaning that the each frame of the moving image is a whole picture rather than half of one.

­So, compared to standard TVs, HDTVs have a wider screen, more pixels and a faster refresh rate. Often, HDTVs can display more colors than older sets. This means that HDTVs need more data and need it a lot faster than standard-definition TVs do. If an HDTV can receive this information digitally, it also doesn't have to spend time or processing power converting the signal from an analog format.

This leads us to HDMI. Created by a group of electronics manufacturers, the HDMI standard is a set of guidelines for creating high-bandwidth connections between digital devices. With the right setup, HDMI can make a significant difference in a home-theater system. The current standard can carry 1080p high-definition signals, and it supports eight channels of uncompressed audio, enough for a 7.1 surround-sound system. HDMI can cut down on the number of cables required to connect components, and it can even reduce the number of remote controls needed to watch a movie.

­But there's a catch. In order to take advantage of everything HDMI has to offer, all of the components of a home theater have to be compatible with them. Some of the features HDMI touts also don't yet exist in the consumer marketplace. In addition, there's a limit to how long an HDMI cable can be, and some users complain that the limit is too short to support convenient setups.

In this article, we'll look at exactly what happens inside an HDMI cable, the standard's features and its pitfalls. We'll also examine whether the newest standard, HDMI 1.3, really renders the earlier standards -- which have been out for only a few years -- completely obsolete. 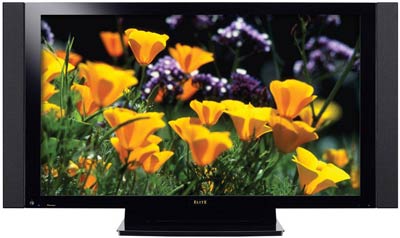 One of the common misperceptions about HDMI is that the digital signal is innately superior to an analog signal. In some people's minds, the lack of analog-to-digital conversion means that the signal is in a pure, undamaged state when it reaches the HDTV set. It's easy to imagine a high-definition, digital signal traveling straight from an HD-DVD player to an HDTV. But signal transmission via HDTV does require an encoding step.

HDMI uses transition minimized differential signaling (TMDS) to move information from one place to another. TMDS is a way of encoding the signal to protect it from degrading as it travels down the length of the cable. Here's what happens:

HDMI also has the ability to protect data from piracy. It uses high-bandwidth digital copy protection (HDCP) to accomplish this. HDCP is an authentication protocol. Basically, each home-theater device has identification data and encryption data stored on its extended display identification data (EDID) chip. The source device, such as a Blu-ray player, checks the authentication key of the receiving device, such as an HDTV. If both keys check out, the sending device moves on to the next step. It generates a new key and shares it with the receiving device. In other words, it creates a shared secret. Ideally, this whole process, known as a handshake, takes place almost instantaneously.

The source device encodes its information using the key it generated it. The receiving device decodes it using the same information. If an unauthorized device tries to intercept the data, the source device stops transmitting. It also makes sure that the key hasn't changed and that the system is still secure every few minutes. All HDMI-compatible devices are required to support HDCP, but the companies that manufacture and distribute high-definition content aren't required to enable it. In the United States, this content-protection ability is mandated by the Federal Communications Commission (FCC).

Next, we'll take a look at the HDMI connector and cable and explore how they carry high-definition signals.

One common problem people experience with HDMI is handshake failure. Sometimes, this is because the HDTV is an older, DVI-based model without HDCP support. But in other cases, there's an easy fix -- unplug your components and power cycle your system. This may reset the authentication cycle and restore your connection. 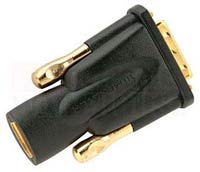 With a simple adapter, you can
Photo courtesy

There are lots of methods you can use to connect home-theater components. For example:

Many HDTV early adopters rely on DVI, since it hit the market before HDMI did. Since DVI and HDMI both use the TMDS protocol, they're compatible. All you need to connect an HDMI cable to a DVI port is a passive adapter.

The DVI and HDMI connectors have some other similarities. Both use a grid of pins to transmit signals from the cable to the device. While DVI has a 29-pin connector, HDMI's type A connector has 19 pins. A DVI connector also uses a pair of built-in screws to anchor it to the device. HDMI plugs don't have this extra support, and some users have expressed concern that this puts unnecessary strain on the device's circuitry. There's also a miniature version of the HDMI connector for use on smaller devices like digital camcorders as well as a 29-pin type B connector, although most consumer devices use type A.

From the HDMI connector's pins, signals travel through twisted pairs of copper cable. Three audio and video channels travel through two pins each, for a total of six pins. The TMDS clock, which allows devices to synchronize the incoming data, travels through one pair of pins. Each of these four total pairs has a shield -- another wire that protects it from interference from its neighbors. The TMDS channels, the clock and the shields make up the bulk of the cable pairs inside the HDMI cable.

The other signals that travel through the HDMI cable need only one pin. One such channel is the consumer electronics channel (CEC). If your devices support it, this channel allows them to send instructions to one another. For example, an HD-DVD player could automatically turn on a home-theater receiver and an HDTV when it started playing a disk. The hot plug detect channel, which uses one pin, senses when you plug in or unplug a device, re-initializing the HDMI link if necessary. The one-pin display data channel (DDC) carries device information and the HDCP encryption information discussed in the previous section. Other channels carry encryption data and electricity to power communication between devices.

The cables themselves come in two categories. Category 1 has a speed of 74.25 MHz. Category 2 has a speeded of 340 MHz. Most consumer cables are the faster category 2 variety.

In addition to the connector and cable, the HDMI standard applies to how TV sets can synchronize sound with video and display color. These capabilities have changed significantly over several revisions to the standard, which we'll compare in the next section.

In order to carry the HDMI logo, devices and cables have to pass compliance testing. Manufacturers, known as HDMI adopters, must submit a sample of their product for tests before starting mass production.

The first consumer products with HDMI connections hit the market in 2003. Since then, there have been several changes to the HDMI standard. For the most part, these standards have added support for specific types of content or applications. For example, the first revision, HDMI 1.1, added support for DVD Audio.

The most recent major revision -- the jump from version 1.2 to 1.3 -- got a lot of attention. New features included a massive increase in bandwidth, support for 16-bit color and support for the xvYCC color standard, which supports additional colors. A new lip-synch feature also reduced that sound and video would fall out of synchronization during playback, making an otherwise immaculate recording look badly-dubbed. Some reports even claimed that any devices that did not have HDMI 1.3 were obsolete.

In some ways, this was just as confusing as it was impressive. Some of HDMI's new abilities don't exist yet in the consumer marketplace. For example, the increased bandwidth -- from 4.9 Gbps to 10.2 Gbps -- can support a refresh rate of 120 Hz, or 120 frames per second. This is twice as fast as the maximum refresh rate in the current HDTV standard. HDMI 1.3 can support 30-, 36- and 48-bit color options known as deep color, but many media players and recorded video materials don't go beyond 16-bit color. Critics also claim that deep color allows HDTV screens to display colors that most people can't even perceive. In addition, while lip synch and one-touch control abilities can be handy, not all home-theater devices support them.

Fortunately, a lack of 1.3 capability doesn't mean your HDTV is useless. HDMI 1.3 is backwards compatible with previous versions. It's like when color TV debuted. People could watch color TV signals on their black-and-white sets -- the TV still worked, but the picture was still in black and white. If your HDTV has HDMI 1.2 but your new components have HDMI 1.3 capabilities, your TV will still work, but without the expanded 1.3 abilities. Since the bandwidth allotments of previous standards are generally enough for most high-definition applications, your picture should still have a pretty good quality.

­Another common concern about HDMI is cable length. Although the HDMI standard requires a minimum operable length of 32 feet (10 meters), some users report significantly shorter operable lengths in practice. This is particularly true when transmitting 1080p signals -- the increased demands on bandwidth speeds up the deterioration of the signal. Fortunately, there are amplifiers and extenders that can decode, re-set and re-encode the signal before sending it on the next leg of its journey.

For people who are concerned about HDMI's potential limitations, there may be another solution on the horizon. DisplayPort is a new high-definition standard that will cover connections inside devices, like within a laptop, and between devices, like from a media player to an HDTV. DisplayPort hasn't hit the market, though, so whether its quality will surpass that of HDTV is still to be determined.

You can find more information on home theater, HDMI and related topics on the next page.­

One of the big questions surrounding HDTV is whether HDMI is required for 1080p resolution. The answer is maybe. Many devices require HDMI for 1080p output. Others, though, can send 1080p signals over a component video cable.