What is Google Wallet? 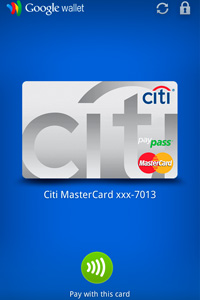 Wallet's smartphone app will work online, too. You can check out more quickly, without the need to enter your information repeatedly.
Courtesy Google

Google isn't charging any money for Wallet's conveniences. Instead, it plans to make money from the app the way it does with its other products -- through advertising revenue. The more Google and its associated retailers know about your spending habits and buying patterns, the more they can offer personalized specials just for your tastes.

The result? You wind up spending more money, which equals more profits for Google and its advertisers.

The company also hopes to stoke spending with its associated Google Offers program. The Offers feature is integrated directly into Wallet, and works a lot like Groupon and Living Social. Each day, you'll see special discounts for products and services in your area.

The benefit to you, the consumer, is the convenience of carrying a single smartphone that could potentially replace the contents of your burgeoning billfold. Google calls this the SingleTap experience. With one tap, you might be able to redeem a 20 percent discount coupon, log loyalty points and, of course, pay for your items.

In theory, Wallet will be far more secure than your legacy wallet and credit card collection. Each Android smartphone has a secure hardware element, which is basically a chip that stores nothing but Wallet's encrypted data. So, although someone who knows your PIN could swipe your phone and make unauthorized payments (much the same as with an ATM card), that person can't access the credit information inside.

If your phone is lost or stolen, you can also log onto your Google Wallet account online and disable the app so that no one can use your phone to make purchases. Additionally, when you pay with Google Wallet, Google issues a temporary MasterCard number that is passed to the merchant in lieu of your actual account information.

Google Wallet isn't yet mainstream and, by all accounts, it could be 2014 or 2015 before many consumers have even heard of NFC technology. For one, the NFC infrastructure is anything but ubiquitous, meaning most people can't pay with Wallet even if they want to.

And two, Google must fend off competition from the likes of Isis, which is a joint venture from AT&T, Verizon Wireless and T-Mobile. Like Google Wallet, Isis uses NFC technology to turn smartphones into digital wallets. However, as of mid-2013 Isis was still in the testing phases and may have some work to do if it is to catch up with Google's plan.

So can this technology be used in the here and now by someone without an NFC-enabled device?