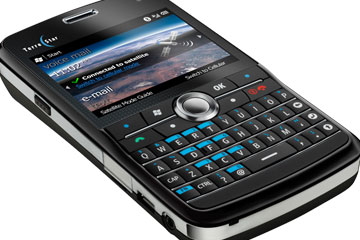 In a few countries, just having a sat phone on your person can get you into a whole lot of trouble.
Courtesy TerreStar

By their very nature, satellite phones adhere to a different set of rules, not just technologically, but politically, too. To that end, governments that prefer to control the communications options of their citizens are not fond of satellite phones.

In peacetime, many government agencies can easily monitor cell phone communications. And in times of strife, those same organizations can power down cell towers to disrupt or destroy wireless communications; the same rules apply to many forms of Internet service.

But sat phones are different. Because sat phone skip ground-based communications towers, they aren't as easy to manipulate or monitor as cell phones. A determined regime may attempt to jam sat phone signals, but even these efforts may be only temporarily effective.

Thus, oppressive governments actually make it illegal to possess a sat phone. They can't stop the technology. But they can make you afraid to use it.

In Bangladesh, for example, a court sentenced Anup Chetia to prison for possession of a sat phone, which he was using for a range of anti-government activities [source: Hossain]. In North Korea, you can now use a (government-issued, and thus monitored) cell phone, but sat phones are strictly prohibited [source: Lee].

As the Arab Spring spread to Syria, which subsequently sank into civil war, the government severed many cell and Internet communications. This forced rebels and activists to use sat phones. In fact, there was such a large spike in demand for sat phones that the region's main service provider, Thuraya, reported shortages of handsets [source: Hamid].

Using a sat phone might mean free-roaming calling capabilities in a war zone. But it doesn't mean you're invisible. Even if they can't shut down your calls, many governments can track sat phone signal locations unless your system uses signal-scrambling features.

Sat phones aren't vulnerable only to human interruption. They're also subject to the whims of Mother Nature. As with cell phones and other radio-based communications, sat phones may be rendered useless in the face of massive solar flares and other natural phenomena.

On the next page you'll see that solar flares and military juntas might be the last of your sat phone concerns. Instead, these phones might leave your bank account hurting.