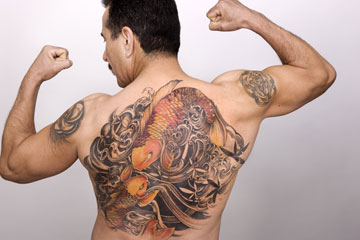 I know, it sounds awesome, doesn't it?

Imagine gangs of futuristic bikers as they flex iridescent bicep skulls, or the Tesla coil crackle of tramp stamps on the beach. Surely, humanity's future is bright with the glow of electronic dolphin tattoos and neon back crucifixes.

If that's where your mind is, then here's some hard truth: These are not the electronic tattoos you're looking for. Yet the technology explored in this article is even more amazing -- something that may save untold lives and become a staple of modern medical care. In time, it may change fundamentally what it is to be human.

This thin film of elastic gadgetry is essentially a temporary tattoo -- you know, kind of like those lick-and-peel numbers you used to find in bubblegum wrappers as a kid. Those temporary tattoos were glue-and-ink transfers. Epidermal electronic systems, on the other hand, adhere to skin in a different way. They conform to the skin's texture, sticking firmly in place for a matter of days.

But an electronic tattoo looks less like a fire-breathing dragon and more like a thin circuitry-filled sticker. Also, it doesn't help convince your classmates that you joined a Chinese street gang over the summer. No, instead it reads your vital signs -- eavesdrops on the language of your internal systems and whispers that data to the physicians who prolong your life.

So how's that for some ink? 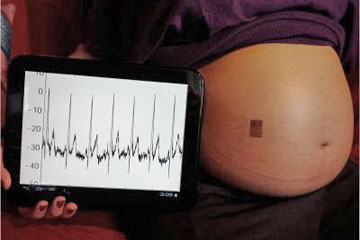 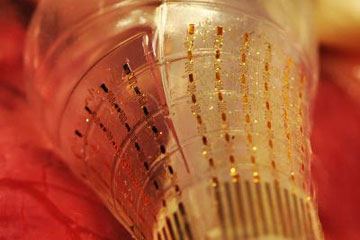 What is our cybernetic future? Well, for starters, we have to consider our cybernetic present. Billions of modern humans are technologically augmented in some way, shape or form. Is there a tiny computer strapped to your wrist or plugged into your ears? Do artificial lenses help you see? We already live in a cybernetic age, and it's not a trend I see us abandoning anytime soon.

The Borg from "Star Trek" represent a nightmarish vision of the cyborg, embodying the fear that our technology will twist us into a grotesque and machinelike existence. And who knows? Maybe it will. Maybe it has already. But the development of epidermal electronic systems represents a bright point in our steady march toward the dawning of the man-machine. Increasingly, we force the technological world to conform to human physiology, human form and human life. The cyborg of the future, then, becomes a creature in which humanity is augmented rather than diminished.

Of course, not every human tendency demands mechanical enrichment -- but that's a different nightmare altogether.