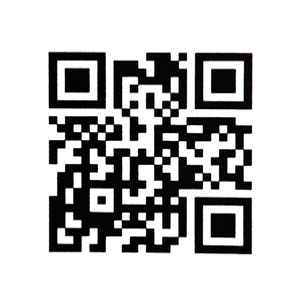 You've seen those odd QR codes everywhere -- but have they extended their reach to the bedroom?
Vincenzo Lombardo/Getty Images

You've probably seen Quick Response (QR) codes -- those little, two-dimensional bar-code-like squares with squiggly lines and designs -- at random places around town. They serve a variety of functions: Scan them with your smart phone, and they'll take you to a Web site or phone app, give you coupons and maps to find restaurants or businesses or help you remember to have your car serviced. You can even imprint one on a T-shirt to take the place of business cards. QR codes help draw you to all sorts of places and events.

You can find QR codes everywhere these days – even in the bedroom. Hold on ... really? Does anybody really need that level of communication when it comes to sex? Why would anyone put a QR code on a condom -- and who would use it? Well, since you asked ....

At Planned Parenthood of the Great Northwest (PPGNW), serving western Washington State, Idaho and Alaska, the answer is easy: QR codes are a way to make condom use cool and promote safer sex.

In February 2012, PPGNW distributed about 55,000 condoms, each with a QR code on its individual wrapper. Most of the condoms went to college students. Nathan Engebretson, the new media coordinator at PPGNW, says the QR-coded condoms were a great success -- such a success, in fact, that the organization has prepared another batch of 60,000 condoms, with the promise of more in the future.

How does the project work? And where does the QR code take people when they scan it? Keep reading to find out the details.

Where Did You Wear It?

For years, the PPGNW had marked National Condom Week by distributing thousands of free condoms to area college students. But in 2012, according to Engebretson, the organization wanted to do more to promote safe sex. They hit upon the idea of distributing condoms with QR codes that took people to a new website, www.wheredidyouwearit.com. There, they could "check in" to show where they had engaged in safe sex.

"We were working on a health strategy aimed at someone who may have a condom in their pocket but might choose not to use it or be pressured not to use it," Engebretson says. "We wanted to create social maps to show people how common condom use is. We wanted to get people to check in for safe sex and have some pride of ownership, but also keep their anonymity. We wanted to encourage people to feel good about using condoms without invading their privacy. And we wanted to show them that lots of other people use condoms."

The folks at PPGNW wanted the QR codes to appear on the wrapper of each individual condom, rather than on a larger package. They printed the codes on circular stickers and threw a condom sticker party. About 20 volunteers – many of them older people who hadn't seen condoms in years – applied stickers to individual condom wrappers and had fun in the process, Engebretson says.

The code is mostly a gimmick to grab attention, Engebretson admits. But the gimmick worked: By late June 2012, PPGNW had logged 180,000 unique visitors on the site. There were more than 13,000 check-ins, and the QR code had been scanned nearly 4,000 times. Visitors to the site came from all 50 states and six continents.

But what about privacy in those intimate moments? Keep reading. 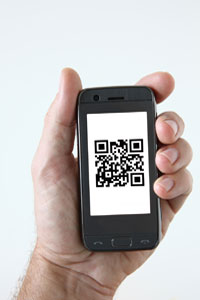 Yes, There's an App for That – and That, Too

Condoms with QR codes have been used in Sweden, with less concern about privacy.

In the summer of 2011, the Swedish ad agency Ester started a campaign to try to increase condom use among young people in that country. They gave away 50,000 condoms called Condom08, including a QR code in the packaging. When scanned, the QR code led users to a smartphone lovemaking app. The app's mobile Web site encourages users to open the app, to use a condom, and then put the smart phone on the bed so that it could record rhythm, sound and duration of the users' sexual acts. Once they were done, users were invited to fill out a personal profile. On the Web site, called The Sex Profile, people can compare how they measure up to others who have participated.

Then Ester used the results and comments for posters and billboards in Stockholm with such messages as "Restless Brunettes Are Losing Speed" and "Jazzy Gemini Endured 3 Minutes This Morning" [source: Bangstyle]. News reports said that 5,900 Swedes participated in the campaign in the summer of 2011.

Much like the Planned Parenthood project in the United States, this campaign's main aim was to make condom use seem fun.

In the summer of 2012, Swedes took a new approach to promoting condom use. This time, the effort skipped the QR codes and went straight to a smart phone app. The Swedish Institute for Communicable Disease Control started a project in June 2012 called Provligget, or Test Nooky. The app allows users to "test" sex with a variety of 11 fantasy characters. The app takes people to a site that encourages them to use a condom, and then lets them record their moans and groans along with prerecorded sound effects of their fantasy partners. If users don't like any of the fantasy partners, the app will send a request to the Facebook friend of their choice for a virtual "test." The site, http://www.knulldeluxe.se, offers information about sexually transmitted diseases and condom use [source: Medicalxpress].

In the years I've been writing for HowStuffWorks, I've had quite range of assignments. Some are highly technical and send me to a nearby university library for research. Others allow me to draw on life experiences as well as popular literature and websites.

None, however, has seemed as strange as this one – Are there really condoms with QR codes? I thought my assignment editor was playing a joke.

But a little time online showed me that yes, QR codes have even invaded the bedroom. And that savvy public relations professionals are figuring out all sorts of ways to tap into the latest technology and modes of communication in their efforts to reach young people. My online research led me to a phone conversation with a person who probably knows more than anyone else about condoms with QR codes, and he told me about the good intentions behind what at first seems a bit weird.