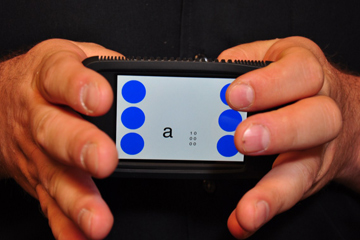 It’s basically touch typing for the visually impaired. BrailleTouch provides a quick, accurate typing method on your smartphone, and you don’t need eyesight in order to use it.
Courtesy Georgia Tech

Smartphones are eyesight-intensive devices. As evidence, you merely have to glimpse around any crowded public place and you'll often see dozens of people with their heads down, eyes locked onto their phones, oblivious to the world around them. For the visually-impaired, however, the smartphone experience is very different.

A blind person can't see an on-screen smartphone keyboard. And typing with a teensy physical keyboard is tough enough for people with 20/20 vision, much less those who struggle to see a full-sized computer keyboard. That's why sending e-mails and texts is a major challenge for anyone who has hampered vision.

But with a new smartphone app called BrailleTouch, you can conjure text messages without even so much as glancing at your phone. BrailleTouch is the brainchild of a team of researchers at the Georgia Institute of Technology, or Georgia Tech, who set out to make eyes-free text entry easier and faster than ever before.

Open source and free, BrailleTouch is a step forward in digital Braille composition. There are other dedicated Braille devices available. The Braille Sense PLUS, for example, let you type, read e-mails and texts, and even surf the Web. The drawback? It weighs 2 pounds and costs as much as a small car. The BrailleTouch app, on the other hand, installs into a much more affordable gadget, one that many people already own.

Before you even think it, no, this app isn't an easier way to text and drive -- don't even think about it. But more on that perilous subject later. As you'll discover in the following pages, BrailleTouch's ease-of-use and simple functionality results in a smartphone that's more powerful and user-friendly for just about anyone who needs fast text entry. 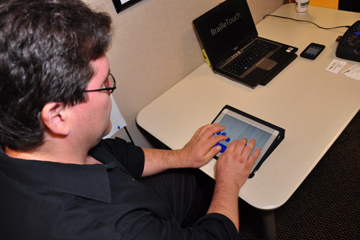 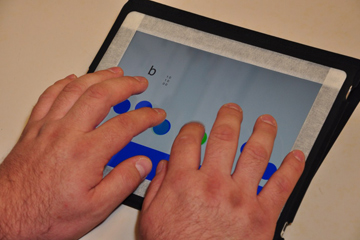 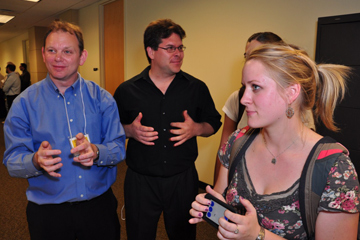 Smartphones are some of the most prolific and powerful devices in the history of pocket-sized gadgets. Apps like BrailleTouch are a primary reason that smartphones are so appealing -- the software is cheap (in this case, free), the phones are relatively inexpensive, and best of all, these miniature computers empower all of us to do things that just a few years ago required the horsepower of a desktop computer.

But in the end, it's not even the elegance of the software or the efficiency of the phone's CPU that's so impressive. It's that developers keep finding new ways to help all of us, including those with significant physical limitations, share and communicate our ideas and feelings through the tools of the digital revolution.