How a Clothes Steamer Works

Most high school history teachers and "Jeopardy!" participants would probably cite the steam engine, which powers trains, boats and factories and sparked the Industrial Revolution, as the most important water-vapor-based innovation of all time. Fashion designers, stylists and anyone who has tried to pack formal wear in the overhead compartment of a cross-country flight might disagree and cite the clothes steamer instead. A popular alternative to the clothes steamers are found everywhere from hotel and fitting rooms to interior design shops and beauty salons.

The machines were developed in the early 1900s as a solution to a men's fashion emergency: the constant wrinkling of bowlers, fedoras and other felt hats in vogue at the time. A home remedy of using teakettle steam to straighten out disheveled headwear later became a commercial endeavor when businesses created more efficient versions by attaching a hose and brush head to a kettle-like device [sources: Best Steam Reviews]. Decades later, similar technology is being used not only on hats, but also on dresses, suits, drapes and even wigs.

Today, garment steamers have evolved into a variety of models, including hand-held portable versions and industrial, heavy-duty machines used by dry cleaning operations. Meanwhile, a middle-of-the road, medium-sized version is a popular choice for professionals and regular home users alike. In addition to working on materials that shouldn't be ironed, the less cumbersome travel editions are easier to lug around than a traditional iron and don't require a board or other flat surface to do their magic.

Generally, a steam cleaner turns regular tap water -- or perhaps Evian or Fiji in some ridiculous, over-the-top boutique in SoHo, Milan or Paris -- into steam, allowing you to blow it onto wrinkled material. The steam works by loosening the bonds between the long-chain polymer molecules in the fabric which reduces the appearance of wrinkles.

A typical large or medium steamer consists of a water tank, heating element and long metal rod, as well as a rubber hose with a brush attached to remove hair and lint. The water is added to the tank and heated until it boils and becomes vapor. You apply the steam to a garment via the rubber hose, using soft, sweeping motions. Garments can be hung on the metal rod or on a regular clothes hanger. Travel-sized steamers are compact, hand-held versions of these machines, in which a small water tank is connected directly to the steam blower, without a hose or rod.

The time it takes for a steamer to remove wrinkles -- and how well it does the job -- depends on a variety of factors, including the type of material and just how wrinkled it is. The more dense the fabric, the longer it takes to smooth out. Light, porous materials like jersey cotton and linen can be steamed in a matter of minutes, while polyester and other compact fabrics require additional time.

The machine's steam power (which refers to both steam strength and heat) also plays a role in how long it takes to do its job. Steamers' electricity use is measured in watts, and can range from 200 to more than 1,000 watts. Smaller, lighter steamers are generally less powerful than their larger cousins' [sources: Fabric Steamer, Moser]. The size of the steamer's water tank also determines how much steam the machine can produce without being refilled.

How do these machines compare to the standard-bearer of clothes de-wrinkling technology? Read on to determine if you're ready to ditch the iron for a steamer.

When it comes right down to it, the decision between iron and steamer is likely to be a matter of personal preference. On the one hand is the crisp sharpness that comes from a hot iron. On the other is the ease of use and gentle touch of a steamer. Of course, the pros and cons of each device also vary based on the material you're looking to unwrinkle.

If you've read this far, you know that a steamer relies on vapor spray, rather than a heated metal surface, to smooth out creases. An iron flattens wrinkles; a steamer relaxes the fibers so that they smooth out on their own. Using a steamer means less wear and tear on the item being steamed -- and none of those scorched, black-brown stains that come from a too-hot iron.

This gentle approach to wrinkle removal makes steamers better suited for soft and delicate materials like silk, satin and velvet, as well as those that are difficult to press, like wool. That may extend the lives of those delicate clothes. Steamers can also be used to smooth items that can't be handled by an iron -- like drapes, car upholstery, leather products and hairpieces. Savvy bakers have even been known to use steamers to keep cakes from sticking to pans and to attach flowers and other decorations to icing.

Yet steamers fall short of their iron-based colleagues when it comes to handling sharp creases and crisp fabrics like those used in dress shirts. Fabrics which are more likely to take on wrinkles -- think standard cotton -- are also easier to attack with a hot, heavy iron. In other words, there is a time to iron and a time to steam.

Buying a clothes steamer is like buying a lot of things, whether it's a pickax, smartphone or new car: Its value depends largely on how you plan to use it.

For people on the go, handheld steamers come in a variety of shapes and sizes. Smaller steamers are easier to pack and carry but often lack the power to take on heavy wrinkles. Shoppers should look for a machine that is reasonably compact, while offering a strong, hot and continuous steam stream. That probably means power in the 800-watt range but that varies by manufacturer. The 600-watt Jiffy eSteam, for example, is highly rated despite its lower capacity [sources: Good Housekeeping, Moser].

Shoppers should also take a long, hard look at a steamer's water tank system, particularly in handheld models. Smaller tanks mean more refilling, and narrow openings can make what should be the relatively painless task of pouring water into the tank messy and awkward. Meanwhile, people who often travel overseas may want to go with one of the many dual-voltage versions on the market [sources: Good Housekeeping, Moser].

Medium-sized home steam cleaners typically pack a bigger punch. Nevertheless, you'll need to consider many of the same factors as with travel-friendly versions. The more powerful and bigger the water tank is, the faster and more effective the machine. Medium models often include rollers and a built-in hanger, making them easy to maneuver and simple for one person to operate.

The largest steamers are used mostly by professionals (dry cleaners, seamstresses, designers) and will have a gallon-sized water tank and 1500 or more watts. But you'll still want to evaluate them for effectiveness as in the smaller sizes.

Put the garment on a hanger. Keep the steamer upright and touch it lightly against the material. The wrinkles should disappear. Some materials, like silk, are better steamed on the underside. For materials that nap, like velvet and wool, keep a little distance between the garment and the steamer.

I'll have you know that I own a powder blue linen suit. No, this is not one of those terrible prom get-ups from the 80s, complete with a ruffled shirt and tablecloth-sized cummerbund. It is a smart, classy, humdinger of a suit. I've worn it on the job, at restaurants and even at my godson's first communion. But if it wasn't for the magic of a steamer, I probably wouldn't have worn it at all. You see, after purchasing this particular item, I noticed a number of tiny pin holes littering the back of the jacket. I can only assume that these were the result of pinning it to either a mannequin or the life-sized voodoo doll that my ex-girlfriend keeps in her closet and for some reason looks a lot like me. Anyway, I took the jacket back to the store, where a nice sales associate whipped out a garment steamer and went to town on the jacket. Ten minutes later, it was as good as new. 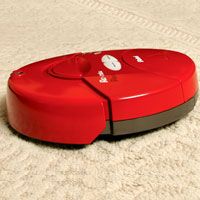 Up Next
How Robotic Vacuums Work
Explore More 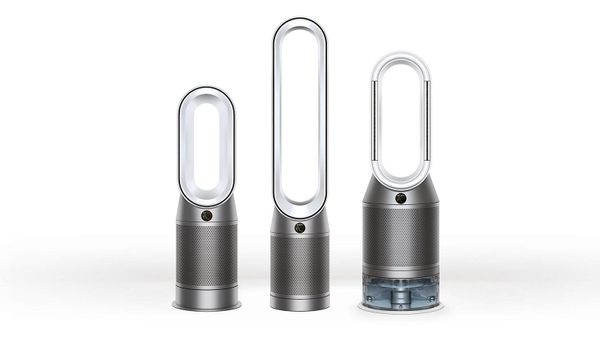 You May Like
How the Dyson Bladeless Fan Works
Explore More