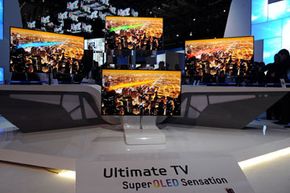 If you're both a technology buff and a sci-fi fan, you probably remember that incredibly cool giant transparent screen that Tom Cruise's character gazed at in the 2002 movie "Minority Report" [source: Tomcruise.com]. Even if you aren't a hunky clairvoyant of the future, wouldn't it be great to have a television like that? Well, pretty soon, you may be able to.

For a couple of decades now, electronics manufacturers have been working to develop screens that use an innovation called organic light-emitting diodes. OLEDs -- if you believe the hype -- will dramatically transform our TV-viewing experience. Basically, OLEDs are big sheets of plastic between layers of glass that give off light when zapped with tiny bits of electricity. They're amazingly thin and energy-efficient, and their crisp, vivid images look great from almost any angle. Those qualities make them seemingly ideal for the sort of massive, wall-sized TV screens that we love for watching sports and admiring the intricate footwork on "Dancing with the Stars." And an OLED screen is much lighter and more flexible than a conventional flat-panel, so it would be easy to move even a huge one from room to room, or embed it in a wall. But for would-be Tom Cruises, the really slick feature of OLEDs is that they're pretty much transparent, except for the images they display [sources: Kanellos, Blau]. One manufacturer, Haier, already has released a promotional photo showing a man's hand reaching behind a TV screen. It's so crystal clear that a fortune teller practically could read his lifeline through it [source: Baldwin].

But while manufacturers have been displaying prototypes of transparent TV screens at industry shows for years, they've been much slower at actually getting such gadgets into stores. As this article is being written, the latest promise is that they'll go on sale widely in 2013 [source: Savov].

The main type of transparent TV screen, an OLED screen, has such amazing properties because of the way it's constructed. Basically, OLEDs are composed of a couple of layers of plastic -- the organic, or carbon-based, material in the name -- sandwiched between two layers of glass. That's why you can see right through an OLED screen. The design also includes tiny clear cathodes to inject electrons into the screen, and anodes that enable the electrons to flow out of the device. When you turn on the TV, it sends electricity through the plastic layers, and it reacts with chemicals in the plastic to create the picture on the screen [source: Antonaidis].

One of the advantages an OLED has over a liquid crystal display (LCD), another common type of screen, is that when the electricity goes through the plastic, it actually emits light on its own. An LCD screen, in contrast, only creates the shapes and color. It has to be backlit with another light source. That means that an OLED doesn't require as much electricity as an LCD, and unlike that type of screen, an OLED can produce a true black, by not giving off any light in a certain area. A plasma screen can do some of the same things, but because it has gas inside, it needs to have thicker glass and is bulkier than an OLED, and it isn't as efficient [source: Maxwell].

The OLED has a lot of advantages, but it isn't the only type of transparent TV. Electronics engineers have also come up with ways to make LCD screens transparent as well.

Other Advances in TV on the Horizon 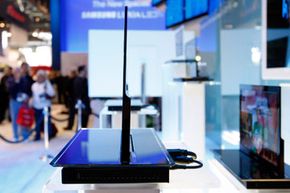 A side view of a 2009 prototype Samsung active matrix OLED. So slim!
Ethan Miller/Getty Images

OLEDs have been used in phones and other devices for a while, and the first OLED TVs first hit the market back in the mid-2000s in Japan. But the early models had tiny screens and were extremely expensive -- a 15-inch (38-centimeter) model made by Korean electronics giant LG cost a princely $2,700, for example. One big obstacle was that manufacturing really big OLEDs was tricky. Additionally, early versions of the panels were more vulnerable than conventional flat-panel TVs to moisture, and TV makers didn't want to have hordes of angry consumers stomping into big-box stores to complain that their new sets had gone on the fritz [source: Kanellos].

The holdup in getting OLEDs to market has led some consumer electronics analysts to cast a skeptical eye on the big-screen OLED TVs that manufacturers such as Samsung have displayed at industry trade shows in recent years. One writer, The Verge's Vlad Sarov, has even called the technology "hype-emitting diodes" [source: Sarov].

Additionally, a few electronics manufacturers also have developed transparent displays using older liquid crystal diode (LCD) technology. Samsung, for example, actually has designed a clear window for a house that can double as a TV screen. The window-screen is illuminated by sunlight (or on a cloudy day or at night, by light generated from solar-powered batteries). That means that it can be much thinner than a conventional LCD screen [source: Heimbuch].

Further ahead, we'll probably see even more amazing advances in TVs. For example, we may have OLED screens that are so thin and flexible you'll be able roll them up and stick them in a closet -- or even in your pocket -- when you're not watching [source: Owen].

I think the idea of flexible, super-thin transparent TV screens is really cool. But what I really want to have is a TV without a screen, one that projects images on the inside of my eyeglass lenses or, better yet, creates three-dimensional holograms around me. Throw in some haptic technology that would create tactile sensations and super-vivid audio, and we could have reality TV programs that actually would seem like reality. 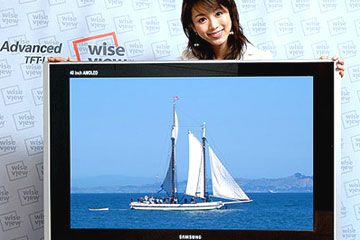 Up Next
How OLEDs Work
Explore More 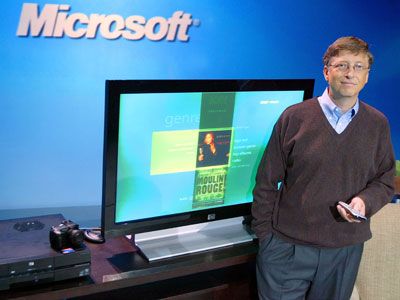