Backscatter to the Future 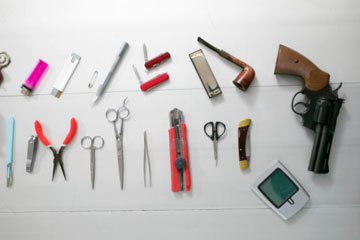 If only it was this easy to catch terror-minded criminals. But as terrorist tactics evolve, so will security techniques and tools.
Creatas/Thinkstock

While simultaneously defending backscatter X-ray technology as safe, the government is taking precautions a step further with regards to privacy. In February of 2011, the Senate voted to make misuse of scanner images a felony. This legislation should deter any mischievous screener from posting the nude pictures online, which actually happened with a scanner used at a federal courthouse in Florida.

No matter what your stand on the issue of security versus modesty, privacy advocates say the new scanner technology is just playing catch-up to the cleverest terrorists, anyway. They say that because sophisticated terrorists understand backscatter scanners, they'll hide small amounts of plastic or sheet explosives deep in body cavities where they are much harder to detect, rendering the scanners ineffective when they're most needed.

Regardless of your personal stance on X-ray scanners, you can expect to see these kinds of technologies continuing to proliferate in airports and other areas where security is a top priority.

In the same way that terrorist threats will continue to be matched by security countermeasures, you can bet that arguments about safety and privacy will continue to crop up as travelers and government officials try to find a balance between security and individual rights.