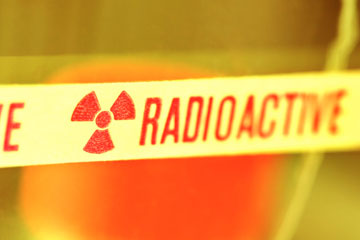 Backscatter scanners emit much less radiation than medical X-ray machines, but some scientists worry that the scanners could negatively affect human health.
Comstock/Thinkstock

Although security and health officials say the radiation dosage from exposure to backscatter scanners is very low, not everyone feels at ease with the technology.

This is in spite of the fact that officials say you'd have to pass through the scanners around 5,000 times to receive the same dose of radiation that you'd receive if you visited your doctor for one chest X-ray [source: Los Angeles Times].

What's more, the TSA claims that you actually receive a higher dose of radiation just by flying, thanks to cosmic rays that continually bombard the Earth's atmosphere. It takes only about 60 seconds of flight time at 35,000 feet to expose you to the amount of radiation you receive from one scan [source: CBS Denver].

That hasn't stopped people from questioning whether the scanners are safe, however. Some scientists say that the ionizing radiation these machines create always presents a potential risk to human health, particularly in the form of skin cancer. But because cancer may develop years after exposure, there may be no direct tie to the initial cause.

The potential for cancer and other health problems is a reason that a few companies, such as Rocky Flats Gear and Flying Pasties, are capitalizing on travelers' fears. The latter are specially designed inserts that block scans from exposing your private parts to screeners, but the former go a step further, partially protecting you from X-ray radiation.

Due, in part, to radiation exposure concerns, the TSA has been testing millimeter wave machines. These machines are a competing technology that produces images much like those from the backscatter scanners, but instead of X-rays, they use radio waves, which may alleviate concerns about radiation exposure.

In addition to the fact that they don't emit radiation, millimeter wave scanners may have another leg up on their backscatter brethren. Instead of simpler, 2-D images, millimeter wave machines produce 3D pictures that often provide more details and better overall security effectiveness.