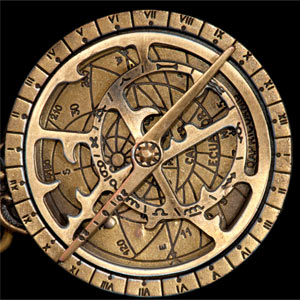 Once you learn how to use it, that brass astrolabe has a lot of information to impart.
iStockphoto/Thinkstock

If you were born before, say, 1960 and pursued any sort of technical education, you undoubtedly made use of one of history's most ubiquitous computers -- the slide rule. I for one (born in 1964) never used the tool, but I remember my father's with great clarity. It lay in the top drawer of his desk, next to protractors, compasses, drafting triangles and the Texas Instruments LED calculator that would eventually render it obsolete. I played with it often, fascinated by how something could be so simple and so complex all at the same time.

Back in 1360, a child might have had a similar experience with another type of analog computer. He or she would have been trained how to use it and, very likely, how to make one from scratch, out of wood or bronze. The device was known as an astrolabe, which took its name, ultimately, from the Greek astrolabos, or "star-taking." It was used primarily to make astronomical measurements, typically of the altitudes of celestial bodies, but astute philosophers, astrologers and sailors devised hundreds of uses for the instrument. The astrolabe was, without a doubt, the slide rule of the Middle Ages.

Today, although computers and other technologies have replaced them in practical astronomical and maritime applications, astrolabes continue to fascinate technophiles, science historians and amateur sky watchers. Many educators use the tool in their classrooms to teach about the celestial sphere and how to plot and predict a variety of astronomical phenomena, including sunrises/sunsets, moonrises/moonsets, star transits, retrograde motions and much more. Even people who can't tell a comet from a cupid appreciate astrolabes for their exquisite craftsmanship and beauty, and it's not unusual for art collectors and antique dealers to pay thousands of dollars for a fine specimen dating back to the 18th century or earlier.

So what exactly is this thing that compelled Geoffrey Chaucer to write about its structure and function in a 14th century treatise and then, nearly 620 years later, inspired Autodesk Fellow and software engineer Tom Wujec to demo a working replica for TEDGlobal? On the next few pages, we'll explore both the art and science -- as well as the rise and fall -- of the astrolabe. We'll consider all of its bits and pieces, and then, because an astrolabe is meant to decode the sky, we'll work through a couple of real-life astronomy exercises. But don't worry. You'll have plenty of background before you trek outside and crane your neck to see the stars. 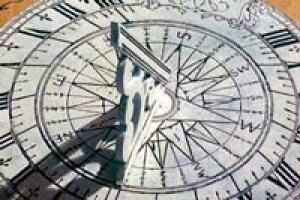 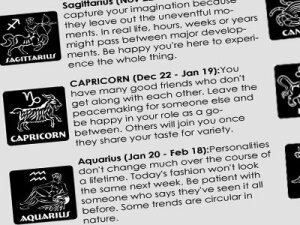 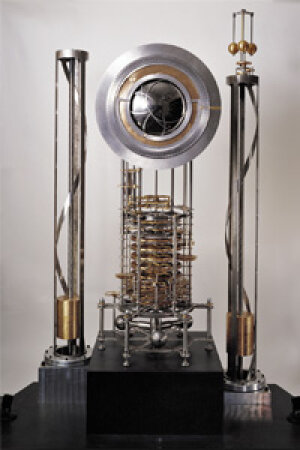