by Patrick J. Kiger
Prev NEXT
7

Cesium, the stuff used in atomic clocks, is kind of an oddball element. 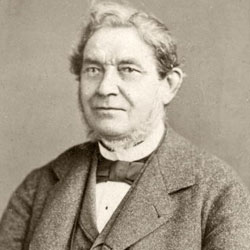 For starters, it's sometimes spelled "caesium." Cesium was discovered in 1860 by Robert Bunsen, better known to high school chemistry students as the inventor of the Bunsen burner. And it's such strangely fascinating stuff that in the early 1990s it inspired the creation of an Internet newsgroup, Alt.cesium, which was devoted to "discussion, praise, veneration, and adoration, the posting of songs, poetry, stories, and parables of and about that most sublime of elements" [source: Nelson]. Commonly known as "the other golden metal," it's one of only three metals that aren't gray or shiny silver in color (the other two are gold and copper) [source: Scientific American].

The type of cesium found in nature, cesium 133, is pretty difficult to locate. The natural source that yields the greatest quantity of it is a rare mineral called pollucite, which in the U.S. is found in ore from Maine and South Dakota. Though it's a metal, cesium melts at a really low temperature -- 82 degrees Fahrenheit (22.7 degrees Celsius) -- and explodes when it comes in contact with cold water [source: Argonne National Laboratory]. In air, it sometimes catches fire spontaneously, burning with a brilliant sky-blue flame [source: Nelson].