Browse the article What's a futurist? 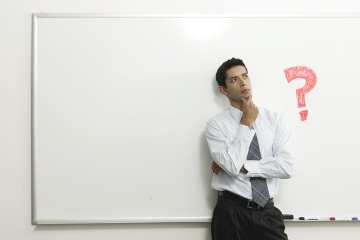 Some people may think it sounds nice to have a job where you get to think about what the future will bring.
Brand X Photos/Thinkstock

People often think futurists are fortune-tellers who predict what's going to happen, but they're not. Far from it. A futurist is an educated individual who, after much research and analysis, makes projections about the future -- everything from shifting demographic patterns and new technologies to potential disease outbreaks and social conditions. Most projections made by futurists are about things that will occur in the next five to 50 years. It's easiest for futurists to make accurate projections involving demographics in the next half-century, while the hardest things to assess and project are health and social conditions a century out [source: Global Future Report].

Futurist thinking began around the years 1600 to 1800 -- the Age of Enlightenment. With publication of Isaac Newton's 1687 "Principia Mathematica," one of the most important works in both the science of physics and applied mathematics, people started to realize there was a lot of validity to reason, empiricism and science. But it wasn't until the 19th century that the term "futurist" was first documented in the English language in a work by George Stanley Faber, who was referring to Christian scriptural futurists [source: Oxford English Dictionary]. Futurists and futurism really got a kick-start in the early 20th century, with the advent of science fiction. In fact, many consider author H.G. Wells to be the first futurist of the modern era, with other sci-fi authors such as Isaac Asimov and Arthur C. Clarke deemed important early futurists [source: Acceleration Watch].

Today, futurism is a bona-fide career field. Colleges and universities are beginning to create courses and even degrees in futurism. But you don't need a specific degree to become one. Employers generally are satisfied if applicants have a bachelor's degree in any field; most talented, professional futurists come from multi-disciplinary backgrounds. But no matter the degree, it's imperative that anyone considering a career as a futurist is inquisitive, creative and a critical thinker who doesn't mind uncertainty. You also need to have the ability to imagine all sorts of unusual occurrences and situations, all within the context of solid research [source: Mullins].

Think you'd make a good futurist? There are actually many different types of futurist jobs. You may find one working for governmental entities, non-profits or corporations. In the latter case, jobs are often with major marketing and advertising groups, and the positions are called marketing specialists, ideation specialists or directors of future research [sources: Chalupa, Kellogg Forum]. Futurists can also work independently as consultants. Groups as varied as Hallmark, IBM, British Telecom and the FBI all work with futurists [source: Glasner].

In the world of academia, futurists generally focus their efforts on social criticism. Professional futurists who work for companies, whether as consultants or paid staff, try to anticipate market changes and the public's mood to help their clients make prudent business plans. No matter the concentration of study, the job involves reading a wide variety of materials related to the subject matter, including media reports and information in statistical databases. It's also helpful to interview experts in the field, plus other futurists and even members of the public. Futurists also spend a great deal of time thinking, analyzing and strategizing -- for example, if "x" is the current reality, and "y" and "z" are the trends, what might the next logical consequences be? A talented futurist is able to recognize connections in myriad, scattered pieces of information [sources: Future Search, Mullins].

Because the field is still relatively new, and because futurists' job titles can vary widely, the U.S. Bureau of Labor Statistics doesn't track futurist wages and employment rates. However, the governmental group estimates there are 500 to 1,000 professional futurists working in the U.S. today [source: Mullins]. In a sign of the profession's growth, numerous professional organizations are being created as well, such as the Association of Professional Futurists, the World Future Society and the World Future Council.

All of this is promising, as many see the rise of futurists as critical to our future. Why? While humans are more than capable of realizing the implications of our actions -- pollution, energy consumption and overpopulation, to name a few -- we've got a pretty dismal track record at doing what's best for society in the long run. Perhaps if more futurists are around, they'll help us better understand what we should be doing today to ensure a better tomorrow [source: Crawford].

Who doesn't like to imagine the future? As a person who grew up with "The Jetsons," one of my favorite potential future inventions was the in-home screen device that let you talk to someone andsee them at the same time. Today, a mere 40 some years later, we can do that with Skype and FaceTime. Now if only I had Rosey, the robotic housekeeper ...