Learning that Actions have Consequences

In many of today's most popular video games, players are forced to strategize and demonstrate critical thinking, and their actions often directly affect the outcome of a game. In almost any role-playing game, users can breeze through levels -- often in the form of dungeons, or enclosed spaces with either a random or predetermined number of enemies -- without veering off a set course. However, players can also choose to go off track by completing side missions and exploring unknown territories. SquareEnix's "Dragon Quest" series (where most games are rated E10+) allows users to tailor thier play according to the moral decisions they make. Games in the "Dragon Quest," "Final Fantasy," and other popular role-playing series allow players to navigate vast, open worlds independently through exploration. These games place great emphasis on battle preparedness, but players can actually choose to run away from these conflicts -- though avoiding them will sometimes be met with consequences later.

Similarly, "The Sims" games are designed to let players navigate a virtual world while also choosing what happens to their characters. Everyday interactions in personal relationships can add up, and real-life choices like if a player should go to work each day affects the lives of the characters. If you forgo work too often, you'll be fired, and you'll have to cut costs and forgo luxuries like new furniture. On the other hand, if you arrive on time every day, you'll likely get a promotion or a new job, allowing you to buy nicer things for your virtual self and family.

It might sound mundane, but these games can be stressful, as managing work, family and home upkeep can be difficult. In fact, a few rounds of "The Sims" may even cause your child to think about all the work you do that often goes unnoticed and unappreciated! There are many different versions of this series across multiple platforms targeting players of different ages -- from "The Sims Pets" to "The Sims Medieval" -- but the basic concept remains the same.

Of course, there are downsides to video games, and we're not suggesting that your kid will get more out of a video game than he will, say, playing baseball outside with friends. But there are demonstrated benefits to gaming, and as long as your child maintains a healthy balance between real life and the virtual world, there's no reason he can't learn a thing or two while sitting with a controller in front of the TV.

Does This Video Game Make Me Look Fat?

Video games are commonly criticized as being a gateway to a sedentary lifestyle. While sitting excessively in front of the television or computer screen can be bad for anyone's health, gaming in moderation is an enjoyable hobby and can even encourage kids to get off the couch. Games like Wii's "Wii Sports" and the Xbox 360's "Kinect Sports" focus on physical activity and make exercising fun. 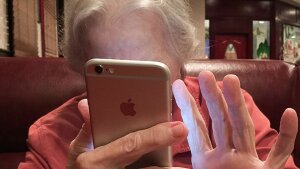 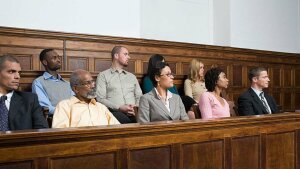