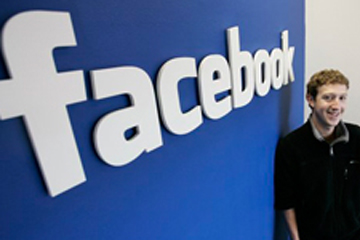 Mark Zuckerberg revolutionized the social space on the Web. Could he do the same with television?
AP Photo/Paul Sakuma

The story of Facebook is phenomenal. It all began as little more than an online student directory. But over the years, Facebook evolved into a new way to access the Web. Market research firm Nielsen calculated that collectively, Americans spent more than 53 billion minutes on Facebook in May 2011 [source: CNET]. The amount people can -- and do -- share has grown astronomically since Mark Zuckerberg first unleashed the social platform at Harvard.

The nature of what we share has changed as well. In the early days of Facebook, a person might have shared background information like their home town or favorite movies. But today, people can share links to articles, embed videos or sound files and play games with each other. Today, Facebook is a true applications platform.

In the fall of 2011, Mark Zuckerberg gave a keynote address at a Facebook developers conference called f8. At that event, Zuckerberg revealed that Facebook was partnering with content providers across the Web as part of the Open Graph project. The partnership is just one part of a general transformation in the way Facebook presents information to users.

Part of that transformation is Timeline, a new layout for personal pages. Another is a ticker on the right side of the news feed -- the ticker shows people what their friends are up to on Facebook. Leave a comment on someone's page, and it'll show up on his or her ticker where others may see it -- barring a few privacy settings that can prevent such things.

The Open Graph project allows third-party app developers to tap into these features. Use an app to track your food, and every snack you log could pop up in your personal Timeline. The Open Graph creates a new, deeply integrated approach to sharing activities.

Among those activities are watching television programs and movies. Facebook's partners include companies and sites like Netflix, Hulu and the Internet Movie Database. Potentially, you'll be able to watch shows and movies directly through Facebook, share your experience with others and engage in conversations about your favorite content. And that may be just the beginning.

For users, the core purpose of Facebook is to allow you to connect and share with friends online. It's a way to discover stuff that interests you. You may see that a friend with interests similar to your own posts links to articles that you enjoy reading. Or it could be that a friend has an app that automatically updates whenever he or she watches a movie or TV show online.

From a business perspective, Facebook is a gold mine of information about current and potential customers. Imagine that you work for a large company. You want to target potential customers as effectively as possible to convince them to buy your product or service. With Facebook, you can aim at specific demographics. You can even tailor advertising to each demographic -- hitting hard to win new customers and reassuring those who are already loyal. It's invaluable.

The media partnerships with Facebook are helpful to both users and advertisers as well. Users can share and discover new content in a meaningful, engaging way. Advertisers and content providers can learn what people are interested in and focus their energies toward taking advantage of that information.

On the flip side of this is a concern about privacy. This concern has led to some tricky problems for some content providers. In the United States, online video provider Hulu has a Facebook app users can install. It lets people watch television programs and films directly in Facebook and shares that information with others. The Web-based rental agency Netflix also has an app. But that app isn't available in the United States. Why?

The answer lies in a law passed in 1988 called the Video Privacy Protection Act. The law prevents a movie rental agency from sharing information about a customer's renting habits. It's meant to protect privacy -- what you rent is your own business. But it also ties Netflix's metaphorical hands for American users -- even if you want to share the information, Netflix isn't allowed to post it for you.

The partnerships with content providers may just be the first step. There are those who think Facebook could be poised to attack the TV world more directly. 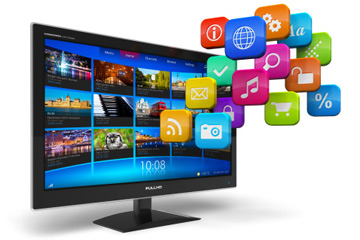 Facebook is a real powerhouse on the Web. In many ways, Facebook and Google have managed to influence nearly every other Web site online. That both companies are flexing their muscles and expanding into worlds beyond the Web is interesting to me. I'm curious to see how well both can incorporate other forms of media and services into their own models.

How to Adjust Your TV for the Best Picture
How Jumbo TV Screens Work
Should you have your HDTV professionally installed?