How much power does a small transformer consume when plugged in but not doing anything? 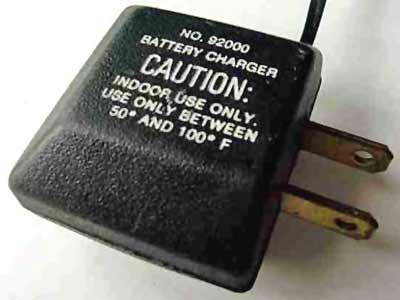 Do you have transformers in your home that are wasting energy?  See more pictures of what's inside electronics.
HowStuffWorks

­ Tons of products use transformers. Walk around your home and you probably see them everywhere. In my house, I found them attached to my printer, scanner, speakers, answering machine, cordless phone, electric screwdriver, electric drill, baby monitor, clock radio, camcorder… You get the idea. A typical home probably has five to 10 of these little transformers plugged into the wall at any given time.

It turns out that these transformers consume power whenever they are plugged into the wall, whether they are connected to a device or not. They also waste power when powering a device.

If you have ever felt one and it was warm, that is wasted energy turned to heat. The power consumption is not large -- on the order of 1 to 5 watts per transformer. But it does add up. Let's say that you have 10 of them, and they consume 5 watts each. That means that 50 watts are being wasted constantly. If a kilowatt-hour costs a dime in your area, that means you are spending a dime every 20 hours. That's about $44 every year down the drain. Or, think of it this way -- there are roughly 100 million households in the United States. If each household wastes 50 watts on these transformers, that's a total of 5 billion watts. As a nation, that's half a million dollars wasted every hour, or $4,380,000,000 wasted every year! Think of what you could do with 4 billion dollars…

­ Where these small loads really take a toll is in remote locations powered by things like solar cells and wind generators. In these systems, you are paying something on the order of $10 to $20 per watt (once you add up the cost of the solar cells, the batteries to store the power, the power regulators and inverter, etc.). Fifty watts at $20 per watt means that you have to spend an additional $1,000 just to power the transformers. In these kinds of systems, small loads are something you avoid by unplugging the transformers when not in use or by eliminating the transformer and powering the device straight from the battery bank to improve efficiency.

However, the added electricity expense is offset by the manufacturing cost savings passed along to the customer, hopefully, as a lower product selling price. For example, it costs a manufacturer considerably less to manufacture and stock one universal "flavor" of printer that runs on 12 volts DC. The manufacturer then packages the printer with a country-dependent voltage AC wall transformer for the country it's being sold in. When a new version of the device comes out, the manufacturer doesn't need to retool the power supply.

For more information on transformers and saving energy, check out the links on the next page.

New MIT Headset Can 'Hear' Your Thoughts and Respond
10 Futurist Predictions in the World of Transportation
What’s the difference between 780i and 1080i HDTV?