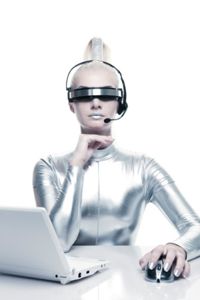 Fifty years ago, the tools we rely upon to communicate today were only science fiction. Today, you can purchase a smartphone and make calls, surf the Web, play games, run applications and accomplish more than most speculative fiction authors dared to dream. So what's next?

In the short term, we'll likely see basic cell phones slowly fade away. As smartphones become more common and less expensive, more people will adopt them. The process is gradual. As with most new technologies, a group of enthusiastic adopters lead the way. Sometimes, the general population will follow the early pioneers -- the compact disc is a good example of such technology. In other cases, the early adopters end up owning technology that becomes obsolete without ever finding wide acceptance -- like LaserDiscs.

Smartphones seem to be in the first category. Products like the Apple iPhone and Google's Android operating system have pushed the smartphone out of the world of gadget geeks and into the mass market. In 2010, the first 4G smartphone for a major carrier in the United States made an appearance. It was the HTC EVO 4G, running on Sprint's WiMAX network [source: CNET]. The 4G network allows for faster data transfer speeds than other networks.

The Internet will continue to play an increasing role in communication. Voice over Internet protocol (VoIP) already plays a large role in several communication products and services. Sites like Facebook and Twitter allow users to communicate with networks of people. With the rise of the Web, people now have a platform from which they can address the world. In the past, only celebrities and politicians could address so many people at one time. Now, anyone with an Internet connection can do the same thing.

This may lead to changes in everything from entertainment to politics. Using the Web as a communication tool, people with aspirations may be able to find an audience more easily than ever before. It may not be long until a relatively unknown person uses the Internet to win enough support to be elected president of the United States.

So far we've looked at some fairly mundane advances in communication. But what about the distant future?

Looking Ahead to Future Communication 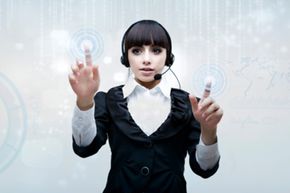 The classic example of augmented reality is the restaurant review. You could stand in front of a restaurant and, through an augmented-reality system, read customer reviews or view the daily specials without ever walking inside. But the applications don't have to stop with locations. Augmented-reality systems might extend to people as well. Imagine looking at a stranger and seeing that person's name, Facebook profile, Twitter handle and other information. Clearly, augmented reality systems will raise concerns about privacy and safety, but such systems are already in development.

Then there's video conferencing. While the technology has existed for years, video calls aren't popular in the United States. It might be because the hardware hasn't been compelling or cost-effective enough. But now webcams are starting to appear on televisions and are standard on many laptops. Are we about to enter an era of video conferencing, or is it too much work to make sure you and your house look nice before you order that pizza?

One drawback to video conferencing is that it either requires you to stay in one place for the duration of the call or to hold a device so that you're visible for the whole conversation. We've become used to having a great deal of freedom while on the phone. Will we really adopt a technology that will necessitate that we keep still? Perhaps we'll use video conferencing for special occasions or short conversations.

Language barriers are disappearing as well. Devices that can translate languages in real time are allowing people from different countries and cultures to communicate without the need for an interpreter.

In the distant future, we may be able to communicate by sending our thoughts through a network directly into someone else's brain. We're decades away from such technology, but scientists are working on creating brain-computer interfaces that allow people to transmit thoughts directly to a computer. Perhaps 50 years from now we'll all use an electronic version of telepathy.

The technology of communication evolves at a blistering pace. It may turn out that our predictions don't even scratch the surface. Only time will tell.

Learn more about communication through the links on the next page. 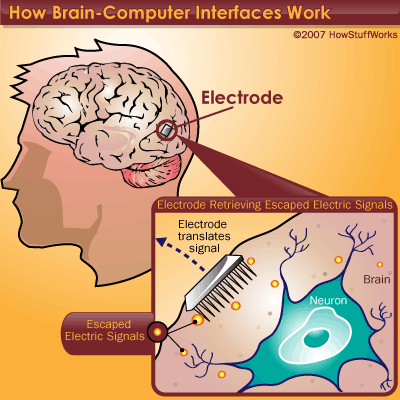 Up Next
How Brain-Computer Interfaces Work
Explore More 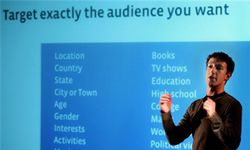 You May Like
Top 5 Future Cell Phones
Explore More