by Patrick J. Kiger Aug 9, 2016
This one snippet of music is ubiquitous, heard all over the globe. Where did it come from? Apple/Miha Perosa/Getty

There are scores of unsolved conundrums that have confounded some and fascinated others over the years, from the reason Stonehenge was built to the fate of D.B. Cooper, the mysterious skyjacker who vanished after parachuting out of an airliner with $200,000 in ransom money strapped to his body.

When it comes to consumer electronics, perhaps the biggest mystery is about something that's incredibly familiar to us all. What is the origin of the iPhone's default marimba ringtone? That distinctive, catchy sound has been closely identified with the influential smartphone since its introduction back in 2007. And while there aren't any reliable statistics on the subject, the frequency with which we all hear it is an indication that many — or even most — of the estimated 100 million iPhone users in the U.S. still use it as their standard notification for calls. Can't quite place it? Give this video a quick listen and the tune'll be stuck in your head for hours:

The marimba ringtone is sound that we hear just about everywhere where there's a crowd these days, from coffee shops and city sidewalks to concert halls. Back in 2012, an audience member even disrupted a performance of the New York Philharmonic orchestra. Conductor Alan Gilbert stopped the musicians and directed other patrons to locate the man, who had just gotten his phone that day and apparently didn't understand how to set the phone to vibrate. (He later apologized to Gilbert.)

But Apple has never publicly explained who created the marimba — one of 25 original ringtone options included on the iPhone — or why it was selected as the device's default sound. Nine years after the device's debut, the company remains mum on the subject. (Apple did not respond to calls to its media line or to emails.) Walter Isaacson's bestselling 2011 biography of Apple co-founder and innovation guru Steve Jobs contains an entire chapter on the development of the iPhone, going into detail about its design features down to the chemical process that enables the glass touchscreen to work. But there's nary a mention of the marimba.

That leaves us to the unverifiable — but still intriguing — theories offered by Apple aficionados and tech bloggers. In a 2013 article published on Forbes.com, marketing expert and technology writer Brian Roemmelle noted that the marimba ringtone bears distinct similarities to the Orchestra Marimba digital instrument from GarageBand Jam Pack 4: Symphony Pack Instruments, a software package released not quite two years before the iPhone's 2007 debut. The similarity is such, he wrote, that people have used the software to create versions of the ringtone indistinguishable from the official one.

That led Roemmelle to advance the theory that Apple's aural software guru, Dr. Gerhard Lengeling — who helped to create GarageBand — could be the composer of the marimba tune and Apple's other original ringtones, and that he created it with GarageBand program.

But whoever recorded the marimba ringtone, it's likely that he or she composed the catchy snippet of melody in it as well.

"I'm not aware of the ringtone being a quote from any [existing] piece of music," says Nancy Zeltsman, a Boston-based marimba performer, teacher and festival director. Zeltsman is also the author of a popular textbook on the marimba. "I suspect someone composed it just as a ringtone," she says. "It would be slightly challenging to play, but playable by many marimbists."

In a sense, it's ironic that the iPhone marimba ringtone is so familiar, yet the actual percussion instrument that it replicates remains obscure. The marimba, which may have originated in ancient Africa and was developed by slaves in Central America, creates its uniquely melodic tone thanks to a mallet striking pieces of rosewood attached to metal resonator tubes. Long a part of Latin American folk music, it also has become a staple of orchestra composers and musicians.

"Most marimbists I know share frustration/amusement/resignation over the fact that we have so often had to try to describe how a marimba looks and sounds," says Zeltsman. "Time after time, we tell someone we're a musician, that we play the marimba, and they ask, "What's a marimba?'"

For that reason, she says, "there's something kind of sweet about the ubiquity now of the iPhone marimba ringtone—even though people probably don't associate it with an image of a marimba."

Now That's Interesting
Rock superstar Sting sang an a cappella version of the marimba ringtone on "The Tonight Show" in 2014 at the urging of host Jimmy Fallon.

When Live-streaming Bumps Up Against Freedom of Speech and Privacy

People Who Photograph Their Experiences Enjoy Them More 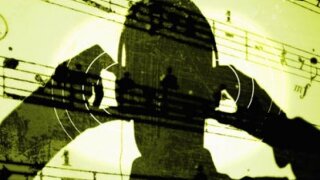 Why do songs get stuck in my head? 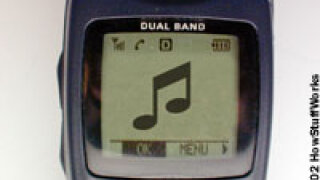 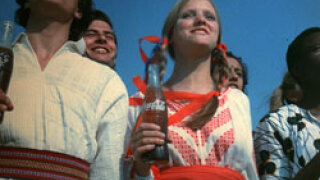