5 Time Management Apps for the iPhone

Browse the article 5 Time Management Apps for the iPhone 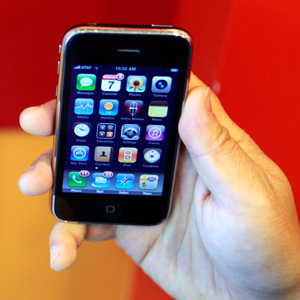 Now, a new generation of smartphones and devices can finally help you answer that question. iPhone apps targeting time management allow a user to push a button or glance at a screen and the random events of life seem to come together as a cohesive list.

Not that any of these apps can truly offer a hard and fast certainty about making sense out of a day, but they may provide the user an edge. Time management is a science and art, and these new apps bring technology to the mix, too. Whether that's good or bad really depends on the user -- as the old military adage says, "Plans rarely survive contact with the enemy."

Join us now, as we run through a short list of a few iPhone apps that have been designed to help you better manage your time.

American society would seemingly cease to exist without checklists. Some people even have a checklist of their checklists. The Checklist Wrangler iPhone app is geared to creating and managing electronic checklists.

Wrangler allows for the creation of lists ranging from daily to yearly. Even a lifetime list can be made, though it's likely many list items will be left behind when the technology changes, leaving the iPhone a dusty relic.

The essence of the system is variability. Need a daily checklist for checking supplies? Wrangler can make it and track it. Need to create a list for frequent travel to remember the essential items? Wrangler has you covered. Indeed, you can make lists ranging from house chores to checking the condition of a nuclear reactor, if you were so inclined. It can even make a list of the lists you have.

Wrangler also allows for organization of related lists into groups, a selection of templates and the ability to send e-mail lists to just about anyone. Checklists may not be fun, but they are necessary.

In the 1980s, the pinnacle of portable organization and time management was the Filofax. These portable filing cabinets were created in England, but based on an American organizing system for engineers and scientists.

In 1921, a London-based company was created to market the system. In 1930, they trademarked "Filofax," a variation of "file of facts," essentially a loose-leaf diary and notebook with a devoted following.

During WWII, a then-temporary secretary named Grace Scurr used her Filofax to list all of the company's supplier and customer details and saved the company after it was hit during a raid. Scurr retired as chairman just about the time Filofax was purchased by two avid users. By 1987, thousands of retailers across the globe were selling various Filofax versions to people who were organized, or just wanted to look like it.

Today the system is still used and is still something of an anachronistic status symbol -- an ostrich-leather Filofax will set a buyer back about $400. But it never crashes and never needs charging.

Grocery lists could become a thing of the past -- at least the paper version. The iPhone "Shopper" application allows a grocery shopper to make and edit lists with ease, and the newest 3G version expands the application to list sharing -- no more, "Honey, could you bring home X and Y?" -- and the use of bar codes. It also ties in a few other applications to make saving enough money to pay for the application a possibility. It's just 99 cents for the basic version and a little more for the 3G with some of the advanced doodads.

The basic Shopper app comes pre-populated with a number of more common items within the shopping world, but the list is not exhaustive. Instead, it offers the flexibility of creating new categories and items to add to a list, then click and drop into a virtual shopping cart as they are dropped from the main list at the store. The list can also be categorized to reflect the aisles and shelves of the store you're in.

Newer versions allow the bar code of an item to be scanned using the camera function. These items can be added to the list automatically, and additional subscriptions can link the user to coupons and food recalls.

The success of the program has led the maker to add partnerships with other retailers to include Black Friday deals and may include Shopper-only incentives in the future.

About the time personal digital assistants (PDAs) were entering the work force as a time management device an analog version rose in popularity via the Internet.

The Hipster PDA was simply a stack of 3-by-5-inch (7.6-by-12.7-centimeter) index cards held together with a binder clip. What PDA actually stood for (in this case) was never really defined. Users would jot notes on the cards and arrange them based on priority, personal organizational style or whatever system they chose. The size of the stack fit neatly into the hip pocket of pants.

Within a year, this analog freeware had spawned a number of variations and a user could download customizable and printable templates sized to the cards, add pen holders and even buy complete versions of the low-cost, low-tech DIY organizer online.

Benjamin Shell, CEO of Make Your Day Media, decided to switch from a Palm Treo to an iPhone. However, he was lost when he realized the native iPhone time management system didn't meet the needs of his hectic lifestyle.

As the genesis of Shell's company was a program Apple later purchased, he decided to develop a task manager program for his new iPhone, and RemindYou was born. The simple system allowed for a wide variability of input and the ability to see out up to 20 appointments. The twist to the program was it used the iPhone lock screen and its automatic refresher to display and update the list, and synched with iCal and a few other time-management software programs. Rather than searching for a specific date and time, a RemindYou user could see their upcoming events without having to delve into the phone itself.

However, Apple wouldn't approve the app for sale in the App Store. Shell punted and put his application on the market as an independent app, for a purchase price of about $9. An iPhone user simply has to "jailbreak" his or her phone, a small part of the download, and RemindYou is open to him or her, as well as host of other applications never seen in the App Store.

"We've sold about 140,000 since it was released in June 2008," Shell said. "And for a jailbreak application that's amazing. RemindYou is a great application for anyone with a calendar to keep. I made this for myself and I know it works."

In the Name of Liberty

Currently Apple only allows approved code to be used on its systems. Unlike PCs and non-Apple products, there's little freedom in writing code and hacking systems for a user to do what he or she wants.

However, when Apple first introduced the iPhone, a community of hackers figured out how to bypass the proprietary portion of Apple's chips and allow non-approved programs to run in the systems. This "freedom" programming led to "jailbreaking" iPhones with free software downloadable from a number of different sites.

Each time Apple offers a new product the hackers break it free, resulting in a cat-and-mouse game that seems to both offend and inspire the dueling parties.

"Things" takes the simple to-do list a step further. Listed as an iPhone "productivity" app, it claims to achieve a perfect balance between "ease of use and powerful features," all for $9.99.

Things looks like a traditional to-do list. Items can be created and added to the list. Due dates can be logged, assigned to categories and projects. The app can handle both the day-to-day and the long-term minutiae of daily and business life. When a user is done with an item they can "check" it off.

Reviewers have consistently recognized several features that sets Things apart from the pack. The "DontShowInToday" function allows to-do items to be shaken off the most immediate list and put into the following day's list, allowing for a more immediate grasp of the present. To-dos can be assigned to specific projects to focus work in a specific area. Finally, there's the Someday list, which may someday need a task manager of its own.

Simple time management devices may be good for some people but others may want a cross-platform uber-manager -- and OmniFocus fits the bill.

OmniFocus gives users the option of tracking tasks by date, person, place or project. Subroutines include shopping lists, meeting agenda items, and a home chore list. More lists can be created and modified as needed. Additionally, OmniFocus can capture and use voice notes and photos, as well as integrate maps and GPS functions.

While the program weighs in at a relatively pricey $19.99, one of its best features is it can synchronize wirelessly with OmniFocus for the Mac desktop either locally or remotely through MobileMe or a WebDAV server. (At the present time, there is no version of OmniFocus for Windows.) While complex, OmniFocus is reportedly easy to use and intuitive, both within the iPhone and while synching across multiple devices. All-in-all, this is one of the more robust systems available on the commercial market -- but it keeps a humble appeal.

For more information about the iPhone, time management and other related topics, follow the links on the next page.

"One cannot manage too many affairs: like pumpkins in the water, one pops up while you try to hold down the other." -- Chinese Proverb

"You will never "find" time for anything. If you want time, you must make it." -- Charles Bruxton

"Time and the hour run through the roughest day." -- William Shakespeare

"The only reason for time is so that everything doesn't happen at once." -- Albert Einstein

"The time you enjoy wasting is not wasted time." -- Bertrand Russell