Browse the article How CDs Work 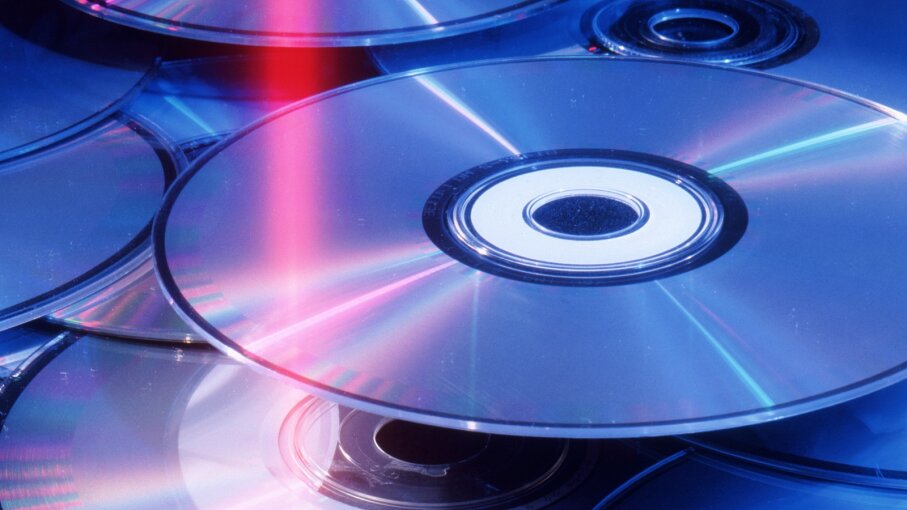 Have you ever wonder how compact discs work? William Whitehurst / Getty Images

CDs and DVDs are everywhere these days. Whether they are used to hold music, data or computer software, they have become the standard medium for distributing large quantities of information in a reliable package. Compact discs are so easy and cheap to produce that America Online sends out millions of them every year to entice new users. And if you have a computer and CD-R drive, you can create your own CDs, including any information you want.

In this article, we will look at how CDs and CD drives work. We will also look at the different forms CDs take, as well as what the future holds for this technology.

Cross-section of a CD

As discussed in How Analog and Digital Recording Works, a CD can store up to 74 minutes of music, so the total amount of digital data that must be stored on a CD is:

To fit more than 783 megabytes (MB) onto a disc only 4.8 inches (12 cm) in diameter requires that the individual bytes be very small. By examining the physical construction of a CD, you can begin to understand just how small these bytes are.

A CD is a fairly simple piece of plastic, about four one-hundredths (4/100) of an inch (1.2 mm) thick. Most of a CD consists of an injection-molded piece of clear polycarbonate plastic. During manufacturing, this plastic is impressed with microscopic bumps arranged as a single, continuous, extremely long spiral track of data. We'll return to the bumps in a moment. Once the clear piece of polycarbonate is formed, a thin, reflective aluminum layer is sputtered onto the disc, covering the bumps. Then a thin acrylic layer is sprayed over the aluminum to protect it. The label is then printed onto the acrylic. A cross section of a complete CD (not to scale) looks like this:

Understanding the CD: The Spiral

A CD has a single spiral track of data, circling from the inside of the disc to the outside. The fact that the spiral track starts at the center means that the CD can be smaller than 4.8 inches (12 cm) if desired, and in fact there are now plastic baseball cards and business cards that you can put in a CD player. CD business cards hold about 2 MB of data before the size and shape of the card cuts off the spiral.

What the picture on the right does not even begin to impress upon you is how incredibly small the data track is -- it is approximately 0.5 microns wide, with 1.6 microns separating one track from the next. (A micron is a millionth of a meter.) And the bumps are even more miniscule...

The elongated bumps that make up the track are each 0.5 microns wide, a minimum of 0.83 microns long and 125 nanometers high. (A nanometer is a billionth of a meter.) Looking through the polycarbonate layer at the bumps, they look something like this:

You will often read about "pits" on a CD instead of bumps. They appear as pits on the aluminum side, but on the side the laser reads from, they are bumps.

The incredibly small dimensions of the bumps make the spiral track on a CD extremely long. If you could lift the data track off a CD and stretch it out into a straight line, it would be 0.5 microns wide and almost 3.5 miles (5 km) long!

To read something this small you need an incredibly precise disc-reading mechanism. Let's take a look at that. 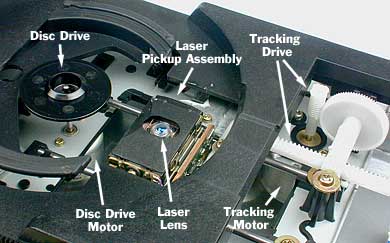 Inside a CD player

The CD player has the job of finding and reading the data stored as bumps on the CD. Considering how small the bumps are, the CD player is an exceptionally precise piece of equipment. The drive consists of three fundamental components:

What the CD Player Does: Laser Focus

Inside the CD player, there is a good bit of computer technology involved in forming the data into understandable data blocks and sending them either to the DAC (in the case of an audio CD) or to the computer (in the case of a CD-ROM drive).

The fundamental job of the CD player is to focus the laser on the track of bumps. The laser beam passes through the polycarbonate layer, reflects off the aluminum layer and hits an opto-electronic device that detects changes in light. The bumps reflect light differently than the "lands" (the rest of the aluminum layer), and the opto-electronic sensor detects that change in reflectivity. The electronics in the drive interpret the changes in reflectivity in order to read the bits that make up the bytes.

What the CD Player Does: Tracking

The hardest part is keeping the laser beam centered on the data track. This centering is the job of the tracking system. The tracking system, as it plays the CD, has to continually move the laser outward. As the laser moves outward from the center of the disc, the bumps move past the laser faster -- this happens because the linear, or tangential, speed of the bumps is equal to the radius times the speed at which the disc is revolving (rpm). Therefore, as the laser moves outward, the spindle motor must slow the speed of the CD. That way, the bumps travel past the laser at a constant speed, and the data comes off the disc at a constant rate. 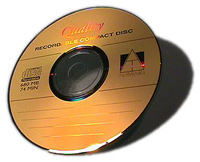 If you have a CD-R drive, and want to produce your own audio CDs or CD-ROMs, one of the great things you've got going in your favor is the fact that software can handle all the details for you. You can say to your software, "Please store these songs on this CD," or "Please store these data files on this CD-ROM," and the software will do the rest. Because of this, you don't need to know anything about CD data formatting to create your own CDs. However, CD data formatting is complex and interesting, so let's go into it anyway.

To understand how data are stored on a CD, you need to understand all of the different conditions the designers of the data encoding methodology were trying to handle. Here is a fairly complete list:

There are several different formats used to store data on a CD, some widely used and some long-forgotten. The two most common are CD-DA (audio) and CD-ROM (computer data).

For more information on CDs and related topics, check out the links on the next page.