by Nathan Chandler Feb 16, 2019
When it comes to cameras, the quality of the pixels matters more than the quantity. Anton Petrus/Getty Images

Let's be very clear about one thing – you absolutely, positively cannot charge your iPhone by nuking it in the microwave. But in the age of the internet and "fake news," misinformation abounds, one reason an internet service provider review site decided to round up a list of the most common technology myths.

Victoria Merinda, staff researcher at HighSpeedInternet.com, surveyed 350 people across the U.S. to find out which technology myths Americans believed most in 2019.

"A few of the myths we've listed are just plain silly," Merinda says via email, "but there are a lot of tech myths that are circulated on the internet that are nuanced and have both some truth and some lies to them. I was shocked to see 12 percent of surveyed people said they believe that once something is deleted from a device, it is gone forever." But, of course, nothing is ever really deleted from your hard drive, and that's just one of the many untruths the survey uncovered. Here are five of the biggest myths.

More than half of poll respondents believed that leaving their cell phones plugged in all night damaged or even ruined the device's battery. It's not true. Your smartphone is an advanced electronic device, one that's intelligent enough to prevent overcharging.

Start by understanding that your smartphone battery has a limited life no matter how you charge it. Current batteries might last for around 400 to 500 charging cycles; after that, you'll likely start noticing a reduction in your battery life throughout the day.

This myth has roots in older nickel-ion battery technology, which suffered from a phenomenon called "memory effect." In short, if you didn't totally drain these batteries before recharging them, the cells "forgot" part of their capacity. That's not an issue with today's lithium-ion batteries. However, to maximize battery life, you should charge it when it's between 40 and 80 percent capacity.

Myth 2: Airport X-ray Machines Can Wipe Files From Your Devices

We know that X-rays can peer into our bodies and provide ghostly images of our bones. So, we might think that security X-ray machines at the airport will irreversibly damage files on our laptop computers and smartphones through some kind of radiation.

Only that's not at all true. Yes, X-rays are a type of electromagnetic energy. Yes, your personal devices are sophisticated electronics. But hard drives and flash memory cards just aren't affected by X-rays. X-rays aren't magnetically charged, and computers and smartphones don't have parts that are sensitive to light or X-rays.

Film photographers, however, have reason to fear. For decades it's been known that rolls of film, particularly those rated at ISO speeds of 800 or higher, may be damaged by X-rays. But not too many people transport film any more.

With regard to your laptop, what you should really fear is metal detectors. Those security devices send out strong magnetic pulses that can possibly ruin data stored on your hard drive.

This graphic shows results from a survey on popular tech myths in America.
HighSpeedInternet.com

A whopping 86 percent of respondents fell for this one. When digital cameras first appeared, camera manufacturers raced to find a way to market the newfangled gadgets to general audiences. Thus, the great megapixel wars began, in which companies touted the ever-increasing number of light-capturing squares (pixels) on a camera's sensor. A single megapixel refers to 1 million of those squares.

As it turns out, however, jamming more and more megapixels into a camera doesn't necessarily make for better pictures. Instead, the quality of those pixels matters more than the quantity. Making each pixel larger can improve photo quality without increasing the number of pixels. It's usually easier for light to find its way to a camera sensor with larger pixels, which also means improved dynamic range, color data and low-light capabilities. Cramming evermore pixels on to the limited space of a camera's sensor often has the opposite effect.

In spite of that, you can bet that manufacturers will keep touting megapixel specifications for years to come, if only because it's a proven sales technique that just won't go away.

Myth 4: Shutting Down Your Computer at Night Ensures Proper Performance

Like many myths, this one has roots in reality. Early computers, by nature of their very newness, weren't necessarily the most reliable contraptions – they failed on multiple levels, and hard drives, in particular, occasionally crashed and burned, taking your data with them. So, many users took to shutting down their computers every night in hopes of extending the life of their machines.

Today's computers are (mostly) a much more dependable group of devices. If you use your computer several times per day, and in the morning and at night, you're better off simply leaving it on all the time, allowing it to fall into Sleep mode when you're not using it.

You don't save much energy by turning off your computer at night, and shutting down and restarting every day is a waste of your time. Rebooting occasionally – say, about once per week — can purge the machine's memory and stop any unnecessary processes that may be causing slowdowns.

Back when the consumer computer market was in its infancy, there was some truth to the idea that Macs weren't as susceptible to viruses and malware. Why? Because Windows-based PCs made up more than 90 percent of the marketplace, so to the chagrin of Microsoft and similar companies, that's where hackers targeted their efforts.

These days, Windows still controls 76 percent of the worldwide computer market, but Apple commands a larger share than it used to, nearly 13 percent. That means that malware developers stand to gain a lot of potential victims through Mac attacks. So even though Macs do have special built-in safety features that PCs don't, it doesn't mean that hackers can't write malware for these machines. So, no matter which operating system you opt for, be proactive about protecting yourself by using (and regularly updating) antivirus software.

NOW THAT'S INTERESTING
Another common myth is that smartphone manufacturers (or service providers) purposely infiltrate your device's software to slow it down, exasperating you to the point that you have to buy a new one. The truth is simpler: As your phone's apps are updated, the hardware falls behind the times, and you get angry waiting for "Fortnite" to load. Installing updated operating systems on old hardware also can slow devices down.

How Has the HANS Device Changed Car Racing? 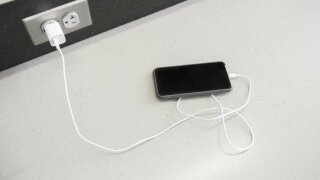 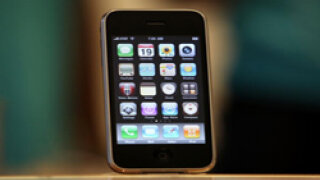 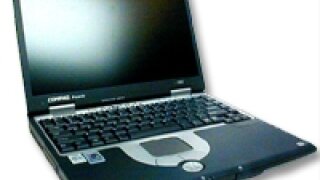 Is it better to turn my computer off or leave it on all the time? 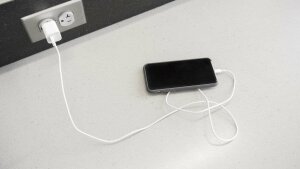